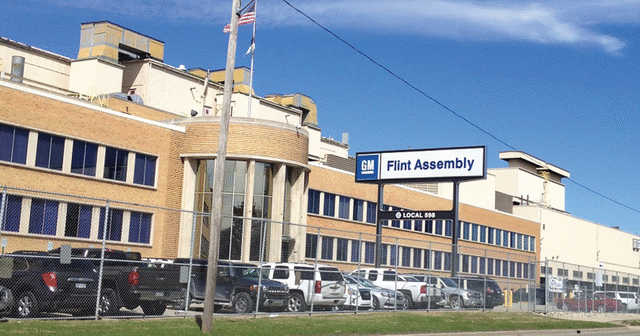 Automakers have received billions of dollars in taxpayer funds from other businesses.
Publications / Viewpoints

Michigan and Ontario Governments Agree to Promote Crony Capitalism Together

When international cooperation is not helpful but destructive

At an event held in northern Michigan on Aug. 4, Gov. Rick Snyder announced that he and Ontario Premier Kathleen Wynne would sign a memorandum of understanding to cooperate in promoting the automotive industries of Michigan and Ontario. This type of selective government meddling in the economy is a bad idea and should be avoided.

It effectively amounts to crony capitalism, which Oxford Dictionaries defines as an “economic system characterized by close, mutually advantageous relationships between business leaders and government officials.” Crony capitalism has been justifiably denounced by a diverse array of scholars, associations and politicians. These cozy relationships are typically unfair, expensive and ineffective.

It is fundamentally unfair that any dollars from our public treasuries are used to support such initiatives, which confiscate money from millions of people and businesses, diverting it to a privileged few with special government relationships.

The plan the two politicians announced comes with no cost estimates. But it is easy to see how the memorandum’s vaguely worded vision of “jointly developing new programs to address emerging technology needs” could lead to new spending on business subsidies (otherwise known as “corporate welfare”) on both sides of the border.

It is fundamentally unfair that any dollars from our public treasuries are used to support such initiatives, which confiscate money from millions of people and businesses, diverting it to a privileged few with special government relationships. The “promotion” of one industry almost invariably results in the “demotion” of other industries, as businesses and people without political clout are forced to pay full freight.

And pay they do. For example, the state of Michigan approved $3 billion in incentives to the Big 3 automakers in 2009 and 2010 through its (now defunct) Michigan Economic Growth Authority program. Four out of five scholarly analyses of the MEGA program concluded that it had, at best, no impact on the economy. The fifth analysis said the program had a positive but tiny benefit. There are numerous other examples of failed corporate welfare initiatives in Michigan alone.

And then there’s Ontario, where the provincial government provided General Motors and Chrysler with a $4.6 billion bailout in 2009. A report from Ontario’s auditor general identified several problems with handouts from the provincial government to businesses. It also determined that the government recovered only $3.6 billion and had to write-off $1 billion of taxpayer money from the bailout. If you add in the money given to the auto companies from Canada’s federal government, the total cost to Canadian taxpayers was estimated at $3.7 billion. (All numbers are expressed in Canadian dollars.)

There is, of course, a litany of other examples. But the point is that the money to fuel the programs behind corporate giveaways and other “partnerships” doesn’t come in token amounts from bake sales. Instead, it comes from money that governments take from businesses and individuals through the tax system. The funds pay bureaucrats big dollars to oversee government programs, but they would be more effectively invested by market entrepreneurs who actually have the information and expertise to make informed investment decisions. Cronyism has another cost as well: It forces talented business officials to spend time and money making political calculations instead of purely economic ones.

Scholars from across North America have looked at government “promotion” efforts from every conceivable angle. The academic literature on official economic development programs is not flattering. Much of it was summarized in 2004 by economists Peter Fisher and Alan Peters in their peer-reviewed journal article “The Failure of Economic Development Incentives.” In their conclusion, they write: “Since these programs probably cost state and local governments about $40-$50 billion a year, one would expect some clear and undisputed evidence of their success. This is not the case.”

Instead of selectively meddling in the private economy and promoting one industry at the expense of others, Snyder and Wynne should focus on advancing broad-based policies that will encourage investment and entrepreneurship. That is the true path to prosperity, not more subsidies for the auto industry.