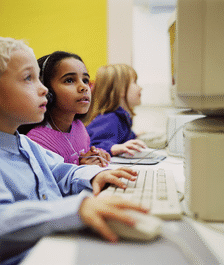 Support for school choice is strong.

The idea of school choice has taken some hits in the media and Michigan Legislature of late. Yet according to a recent statewide survey, popular support for it remains strong, with almost a quarter of voters wanting even more choice.

Shortly after the 2014 survey, the Detroit Free Press unleashed a sustained eight-day attack on the state’s independently governed public charter schools. And this past year saw a well-organized and financed effort to restrict public charter schools in Detroit. Though the effort received much attention and some high-level political support, it failed.

The move to restrict charters failed, in part, because a majority of Michiganders express a favorable opinion of them. In all, 80 percent of people who responded to the survey agreed that “students should be able to choose a charter school.”

Statewide, roughly one in 10 public school students is enrolled in a charter, with students in Detroit and other urban areas even more likely to attend one. When the online news site MLive analyzed state data, it found that another 13 percent of students — more than 180,000 — attend a school in a district where their family doesn’t live.

Students who cross a district line to attend school use the Schools of Choice program. It was launched in 1996; since then, the number of participating students has grown more than fivefold. Though state law lets districts refuse to enroll students who live outside their borders, most let them in. The research done on the program so far shows that it has neither a positive nor a negative effect on student test scores, but many questions remain unanswered.

It’s still not clear what motivates most parents who enroll across district lines, but more than 60 percent of voters continue to say families should have that choice. The finding is notable, given that news stories about Schools of Choice focus on how districts that lose students also lose some state funding.

By a margin of 55-36 percent, respondents to the Mackinac Center survey reject the contention that school choice hurts traditional public schools. Most voters understand what most empirical research shows: Choice helps rather than harms public school performance.

Across Michigan, six out of 10 voters believe the state offers about the right amount of school choice. But one-quarter would like to see more, and only 8 percent would like to see less. Not surprisingly, support for choice is strong in the city that needs the most help. Fully half of Detroit voters said that more choice is needed, with practically no respondents taking the opposite view.

Only 52 percent of Detroiters expressed support for expanding choice through a tax-credit scholarship system, compared to 57 percent statewide. As enacted in 17 states, these programs provide businesses and individuals tax write-offs for contributions to nonprofit organizations that issue private K-12 tuition scholarships.

Another form of school choice draws less support. Vouchers or scholarship programs that draw money from “tax dollars currently allocated to a school district” received the backing of less than half the respondents. Still, more people favored than opposed them, with the balance offering no opinion. Another program, though, garnered majority support. Education savings accounts give parents government funds that they can spend on certain state-approved purposes for their children’s education. This program gives parents the flexibility to pay for private school tuition and even save for college.

Parts of the Michigan Constitution may stand in the way of tax credits or education savings accounts. Yet officials who seek to defend or expand Michigan families’ access to educational options can know they work from a solid base of popular support.