Michigan Legislature Can End 2016 Strong by Acting on Key Issues 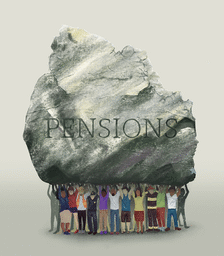 The Legislature should address pension reform.

The Michigan Legislature has only a limited number of days to finish up this year’s lawmaking. Time is at a premium since this is an election year for the Michigan House, meaning there will be a lame-duck session after Nov. 8. Legislators are working on several complicated issues that have lots of moving parts, such as energy and auto insurance.

Michigan’s energy laws were rewritten in 2008 when the state rolled back electricity choice and mandated that 90 percent of the market be given over to two companies. It also required that 10 percent of energy come from inefficient green sources (effectively windmills). This combination of government-imposed monopolies and renewable energy mandates contributes to electricity prices rising much faster in Michigan than in other Midwestern states. Current bills in the Legislature would restrict energy competition further and legislators should not go along with them.

The Legislature has done a lot of good, bipartisan work on criminal justice and constitutional issues. It should build on this record by passing a trio of solid reform bills.

The state also suffers from high automobile insurance rates. Michigan has the highest rates in the nation at $2,738 annually — more than twice the U.S. average. The main reason is threefold: State law requires drivers to buy unlimited person injury protection; we are one of 13 states with no-fault insurance; and insurance companies are prevented from negotiating with medical providers over the cost of care for injured motorists. These three requirements drive up costs for consumers, so fewer people get insurance. Legislators need to fix this system.

Perhaps the largest driver in the state budget and many local budgets is unfunded pension liabilities. Based on the evidence, it is clear that politicians cannot be trusted to properly fund the retirement of government employees. It’s time to put pensions back in the hands of workers.

This was done for state employees in 1997, when new workers were offered a defined contribution, 401(k)-type plan. These plans require governments to set aside money for an employee’s retirement fund in the year it was earned, ensuring that it cannot become underfunded later. Michigan should follow suit with school and local government employees; shifting new employees to defined contribution accounts will protect both workers and retirees. Not long after Senate Majority Leader Meekhof and House Speaker Cotter took up their legislative posts, they said that pension reform was a top priority. Now is the time to act.

For several years now, the Legislature has been considering what to do about ridesharing. Companies like Uber and Lyft are operating in the state, but their legal status is constantly in dispute. Several local governments are cracking down on them, preventing some people from gainful employment and stopping the rest of us from saving money with the freedom to ride. The House has passed a package of bills (4637-4641) that would create statewide regulations and prevent local governments from overriding these rules. The Senate has passed two bills out of committee that would establish more-burdensome regulations and allow the locals to restrict competition for taxis. Michigan should instead allow ridesharing competition and prevent municipalities from blocking new services.

Two bills dealing with labor policy have been passed by the Senate and are sitting in the House. Senate Bill 280 would prevent school districts from paying for union release time, whereby employees work for a union while being paid by taxpayers. Senate Bill 279 would prohibit school districts from entering into arrangements through which the employee works full time for a union while technically remaining a school employee in order to spike a government pension.

“Worker’s Choice,” the subject of another bill, is a concept that frees unions from representing workers who aren’t paying them and gives workers the ability to represent themselves. A bill introduced by Rep. Gary Glenn, R-Midland, would put this into law.

While legislators are at it, they should consider a few other bills that would be good for union workers. In Michigan, very few workers have ever voted to certify their union. In other states, unions must be certified regularly. We should allow a recertification vote for unions every other year – the same time frame in which people vote for their legislators. Another concept that should be adopted is union transparency. Private sector unions, which are regulated by the federal government, must publish a variety of financial information through LM-2 forms they file with the U.S. Department of Labor. But public sector unions have no such requirement.

The Legislature has done a lot of good, bipartisan work on criminal justice and constitutional issues. It should build on this record by passing a trio of solid reform bills. House Bill 4629 would eliminate the rule that people need to pay a 10 percent bond to begin forfeiture proceedings. Senate Bill 932 would simplify the state’s sanctions for violating parole and cap the penalty for minor incidents. This bill has passed the Senate unanimously and sits in the House. House Joint Resolution N would allow voters to consider an amendment to the Michigan Constitution that would add “electronic data and communications” to protections against unreasonable searches and seizures by government.

Time is running out for the Legislature to pass good policy reform before it starts over again in 2017. But there’s plenty of good work that still could be accomplished.