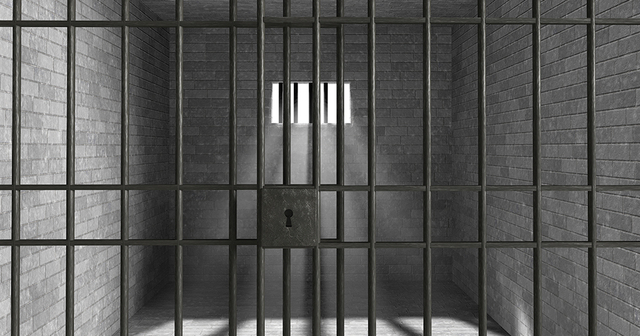 Do Michigan Criminal Penalties Make Sense? No One Knows

The state is considering gathering more data about sentencing and recidivism

Public policy and physical fitness have something in common: If you want to see gains, you should measure your performance. Without tracking how fast you can run a mile, you won’t be able to tell whether your exercise program and your gym membership are helping you get more fit.

Measurement is also important for criminal justice policy. Without using a set of standard measures to check the success of different corrections practices, lawmakers have no way to track how policy changes affect public safety or the criminal justice system. This is the situation we face in Michigan.

The best way to be sure that our strategies are humane, cost-effective and successful is to measure and track different outcomes to see what works.

This year, the state gave $2 billion to the Department of Corrections, spending $98 per day on each of our more than 41,000 prison inmates. It is an incredible expense — the equivalent of paying each inmate nearly $10 an hour for 50 hours of work each week. But there is no state program for gathering and reporting information about crimes, recidivism, or corrections programs and facilities. And the state’s Corrections Code lacks a standard definition for recidivism, which is a basic measure of success for a prison system and criminal justice.

The Legislature is considering bills that would address these shortcomings. Proposals passed by the Senate this spring would add a standard definition of recidivism to statute and provide for better data collection that would track a wide variety of information, including several types of recidivism. This would be an important step toward helping Michiganders see the outcomes of the current system and decide if it is effective.

We should begin tracking the outcomes of Michigan’s sentencing guidelines. The state adopted these guidelines in 1998 with the aid of the Sentencing Commission, which was disbanded in 1997. They are occasionally adjusted, but without a basis in evidence from current and complete data, the changes are an act of guesswork at best.

The Council of State Governments completed an exhaustive analysis of Michigan’s criminal justice system in 2013 and 2014 at the request of Gov. Rick Snyder, the Legislature and Michigan Supreme Court Chief Justice Robert Young. It found that policymakers do not have an effective method to track the impact of different sentencing outcomes. It found also that sentence lengths vary widely, even for offenders with similar convictions and criminal histories.

This means that Michigan could be sending too many people to prison for too long — at a great cost to the taxpayer and without a clear benefit to public safety. The council conducted a survey in which three out of four state judges reported that the sentence a person receives depends on the county in which he or she is convicted. And half of surveyed prosecutors reported differences in sentence length depending on the court.

Minimum prison sentences appear to be increasing across the board, although there has not been an increase in the rate of convictions for serious crimes. The council observed that average sentences grew by 2.7 months between 2008 and 2012, costing the state another $70 million annually. This trend, combined with the wide disparity in sentencing, may prove needlessly expensive for two reasons.

First, we may be incarcerating people for longer periods than are necessary for their rehabilitation or to deter new acts of crime. Second, we may be increasing the rate of recidivism by incarcerating low-level offenders too long. In its analysis, the Council of State Governments found that over-correcting offenders increases their likelihood of re-offending, because holding them in prison brings them under the negative influence of worse criminals. Over-correction also makes it more likely that we are setting offenders up for failure and subjecting ourselves to the costs of crimes that may not otherwise have happened. Research from Pew Charitable Trusts suggests this may be true. In 2013, Pew ran a recidivism study in Michigan which found that “extra time behind bars neither [deterred crime in the community] … nor kept offenders from committing crimes once released from prison.”

Prison sentences, like all corrections practices, should discourage people from committing crimes and correct and rehabilitate them when they do. But the best way to be sure that our strategies are humane, cost-effective and successful is to measure and track different outcomes to see what works. Judges, taxpayers, the public, and, above all, offenders, would clearly benefit from this research.