You Have My Permission to Speak … Unless 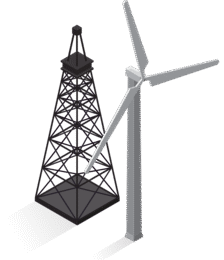 I remember a time — not that long ago — when Americans had an undisputed right to support causes in which they believed. I also remember a time when elected officials — from both sides of the aisle — staunchly supported that right.

That’s why I was saddened to see government officials, including members of Congress, acting as the enemies of free speech, singling out individuals and organizations that have the audacity to hold contrary views on energy use and climate policy.

Those who believe the so-called consensus view on climate and the environment are safe to express their concerns at every opportunity — but it is open season on those whose opinion differs.

U.S. Attorney General Loretta Lynch and 19 Senate Democrats, lead by Sheldon Whitehouse of Rhode Island, are wielding the threat of investigation and prosecution like a club. Their rhetoric shows they intend to silence people and groups that, citing concerns about human health and well-being, have criticized plans to restrict energy choices. Of course Lynch and the senators cover their acts of harassment with slick arguments, mischaracterizing a policy disagreement as fraud.

In mid-July, Whitehouse and 18 other Democrats, including Gary Peters of Michigan, took to the floor of the Senate, attacking the free speech rights of Americans who support the continued use of fossil fuels. These senators claimed their targets were spinning a “web of denial” about climate change.

Their actions demonstrate that those who believe the so-called consensus view on climate and the environment are safe to express their concerns at every opportunity — but it is open season on those whose opinion differs. In fact, the production and use of fossil fuels so disturbs some elected officials and special interests that they are working toward stopping many uses of energy altogether.

For example, on July 6, 40 anti-fossil fuel protesters attacked the home of Michigan Attorney General Bill Schuette. Demanding that he expedite the closure of Enbridge Energy’s Line 5 oil pipeline in the Straits of Mackinac, the protesters poured chocolate syrup on his driveway to simulate an oil spill. They also waved signs and chanted anti-fossil fuel slogans. And that wasn’t all: Schuette’s wife, who was alone in the house, said protesters beat on her doors and windows so loudly that she feared they were trying to break in. While many people said tactics of the protesters were overdone, no one suggested they should be investigated for their concerns over the use of fossil fuels or climate change.

That same day, a Grist.org article told of a protest outside the White House in which a group of people using the #stopthetrains hashtag loudly called on companies to stop using trains to move crude oil. Again, no one suggests these people should be investigated for their opinions.

Although they campaign against fossil fuels, some activists also reject the most obvious alternative: nuclear power. In a recent letter to the Wall Street Journal, Sierra Club Executive Director Michael Brune rejected its use, calling it dangerous and a “bridge to nowhere.” But I have yet to hear of any senator demanding his prosecution.

And let’s not forget Bill McKibben, an activist described by The Boston Globe as “probably the nation’s leading environmentalist.” McKibben has served as a titular figurehead for the “keep it in the ground” movement, which demands we “keep 80 percent of the fossil-fuel reserves that we know about underground.” When will the U.S. attorney general demand copies of his correspondence with special interests and funding organizations?

These are only a few examples of the increasingly vocal effort to shut down or phase out the energy sources that power modern life. Nuclear and fossil fuel sources provide the country with just over 86 percent of its electricity. In Michigan, they provide over 91 percent.

Reasonable people can disagree on policy options, but reasonable people should also recognize that that shutting down 90 percent of the energy we use to drive our cars, heat our homes, cook our food, power our hospitals and factories, and much, much more is unreasonable.

Reasonable people should also recognize that having elected officials stand up on the floor of the U.S. Senate to attack the rights of Americans, simply because they chose to speak out on a disagreement over energy policy, is appalling.