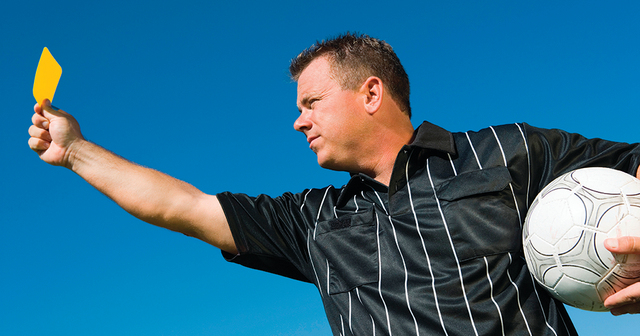 Dan Gilbert and Tom Gores have recently floated the idea of bringing a Major League Soccer team to Detroit. The initial plan for the team’s new stadium was to place it on the site of the unfinished Wayne County jail, and there’s been some talk about financing the project, in part, with taxpayer dollars. Attendance at MLS games has been strong and growing, averaging 21,574 fans per match in 2015 — more than the NBA’s average of 17,826. But despite the growing popularity of soccer in the United States and despite what proponents of this new team might say, a new pro sports franchise and stadium in Detroit is unlikely to stimulate the local economy.

The evidence is that sports subsidies cannot be justified on the grounds of local economic development.

Like other pro sports stadiums, an MLS stadium is closed most days of the year. MLS teams play 34 games from March to October. Hosting just 17 games each season, a Detroit soccer stadium will be closed for 348 days of the year, or 95 percent of the time. Little economic stimulus can be expected from a facility that sits idle that often.

Rather than building a new, separate venue for an MLS team, it would make more economic sense to use Ford Field. Two MLS clubs have shared space with pro football teams: the New England Revolution and D.C. United. Given that there is little overlap between the MLS and NFL seasons, having an NFL arena serve a dual purpose would improve the return on investment for taxpayers who partially subsidized Ford Field. An NFL season requires a team to host only 8 home games, meaning Ford Field is closed approximately 98 percent of the time.

There are other reasons why pro sports stadiums fail to stimulate local economies. One is that consumers typically maintain a fixed entertainment budget. That is, they plan to spend only a certain amount on entertainment per year. This means that if a new sports team comes to town, fans are not necessarily going to spend more, they’re just going to redirect money that they would have spent elsewhere. Essentially, this results in little-to-no economic stimulus for the local economy.

Even if a new stadium could boost overall consumer spending, there is reason to believe that the vast majority of this spending would be captured by team owners, reducing the multiplier, or ripple effect, for the local economy. Stadiums are designed so that fans can get all they want from right inside the stadium itself — food, apparel and other merchandise. This reduces the impact of the new stadium on neighboring businesses on the few days it is open.

And finally, there’s a substantial amount of economic research on this matter and the consensus among economists is that subsidizing pro sports stadiums is a loser for taxpayers. Summarizing this research, economists Dennis Coates and Brad Humphrey write: “The evidence is that sports subsidies cannot be justified on the grounds of local economic development, income growth or job creation, those arguments most frequently used by subsidy advocates.”

The belief that pro sports teams and stadiums can boost a local economy is an example of a common mistake that was first noted by the French writer Frederic Bastiat all the way back in 1850 in his classic tract: “That Which is Seen, and That Which is Not Seen.” When we experience a pro sports event, we see tens of thousands of fans and all sorts of commercial activity in and around the stadium. This gives rise to the belief that pro teams boost the economy. What we do not see (and hence do not think much about) is what the stadium is doing when we’re not there — which is most of the time — and that is nothing.

Michigan taxpayers have already dumped upward of half a billion dollars into new venues for the Tigers, Lions and Red Wings in recent years. If a new soccer franchise kicks off in Detroit, policymakers should protect taxpayers from having to foot the bill. A foray into pro soccer under the banner of the blossoming MLS would be very exciting for soccer fans throughout Michigan, but they shouldn’t get fooled into thinking this would amount to anything meaningful for the economy.