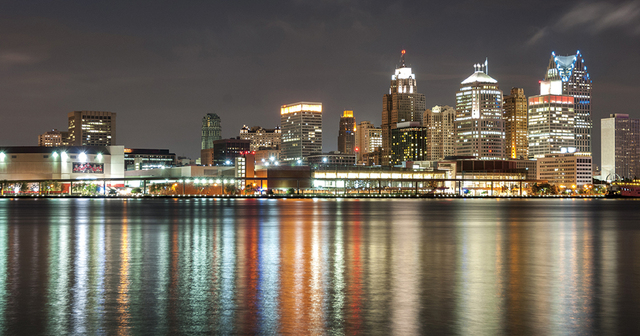 The recent history of public schooling in New Orleans suggests that an all-charter approach may be the way to success in Detroit.
Publications / Viewpoints

This Viewpoint is adapted from testimony Ben DeGrow gave on March 7 to the House Appropriations Committee in Lansing.

More than half of Detroit’s students have opted out of attending schools controlled by Detroit Public Schools and have enrolled instead in neighboring districts or nearby public charter schools. But thousands of students remain stuck in schools that are poorly run, fiscally mismanaged and, as nearly everyone agrees, in dire need of reform.

An all-charter system in a large urban setting is not science fiction: It’s been done in New Orleans, and there’s reason to believe it has improved student outcomes.

DPS faces a fiscal breaking point. Lansing has provided additional state funds to keep the district open for the rest of the school year, but additional resources still are needed to pay off its debt. The Michigan Legislature may lend a hand with that debt, but if it does, taxpayers need assurance that the state will not return down this road any time soon. And any bailout must be accompanied by significant reforms that give students, teachers and school leaders in Detroit a better chance at success.

Too much of the debate about fixing Detroit schools has been focused on preserving an institution proved to be ineffective — DPS — with the hope that tweaks to its operational procedures will make a significant difference for students. Proposals like state-imposed merit pay systems (which are already required by law, by the way) and caps on administrative expenses all promise to do more good than harm, but will not truly succeed if the current bloated bureaucracy and strict union rules remain in place.

Policymakers should consider something dramatically different. In a recent public opinion poll, nearly three out of four Detroit voters said they want more educational choices. Legislators should give more choice to them by converting DPS into an all-charter system where individual school leaders have autonomous control over the education they provide and parents are free to choose from a wide selection of schools. Let a thousand flowers bloom.

The best available research shows that, on average, charter schools improve education in Detroit by giving students an extra two to three months of learning every single year. Notably, these results are achieved with less money. The Martin Luther King, Jr. Education Center Academy and Ross-Hill Academy earned the top two spots on the Mackinac Center’s new Context and Performance Report Card, which takes into consideration the impact that poverty has on average test scores. Yet they bring in thousands of dollars less per student than DPS.

Rather than pour state funds into a district apparatus that siphons off its share first, the state should “backpack” dollars directly to individual schools based on the number and type of students enrolled. State funding will have more impact if it goes directly to the schools and classrooms that need it. (DPS could still receive funding and operate, but strictly as a service provider to independent schools.)

Making this model work requires empowering and attracting great school leaders who can better shape the destiny of school communities where they are directly accountable to students and their families. There are already some of these talented folks in Detroit — we just need more of them. Accountability for results starts with a reasonable and transparent school grading system that operates statewide, a system to inform parents’ important decisions.

Educational choice is enhanced by giving parents transportation options to expand the number of schools within reach. While many Detroit families find the means to transport their children to schools outside their assigned zones, the city’s poor public transportation infrastructure limits options for many.

Rather than wait for the city to fix the bus system, the state could issue transportation vouchers to families. This would level the playing field for school options across the city and allow more parents to find the right school fit for their children. Putting more power in parents’ hands gives an opportunity for entrepreneurship and private partnerships to start filling some immediate needs.

An all-charter system in a large urban setting is not science fiction: It’s been done in New Orleans, and there’s reason to believe it has improved student outcomes. In 2004, one-quarter of the city’s low-income students tested at grade level, more than 30 percentage points below the state average. Ten years later, under a charter model, nearly 60 percent of low-income New Orleans kids tested at proficiency, fewer than 10 points below the state average. Graduation rates have also significantly increased.

Detroit’s most hopeful course is not an easy, short-term solution. But the time has come to break outside the box of traditional thinking and to create the right conditions that will promote future success.