You Are Paying for Local Government Tax Hike Ads 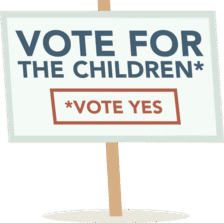 Local governments are too often free to use public money to advocate for higher taxes.

Imagine your mailbox filling up with glossy, taxpayer-funded brochures in the weeks before a local mayoral election, each promoting the incumbent mayor’s re-election. One flier quotes the fire chief saying the mayor’s experience could “mean the difference between life and death as seconds matter in fire department response times.” Another shows a photo of a police officer, with the caption, “I’d like to ask for your support.” Phrases like “securing a better future” and staying “competitive in the global economy” pepper the pro-mayor mailings.

When it comes to political arguments, ‘reasonable’ and ‘neutral’ are strictly in the eye of the beholder.

Competing candidates would certainly call this unfair and ask, “Why must I collect voluntary contributions from private citizens while the mayor campaigns on the taxpayer’s dime?” Now imagine that a challenger sued and lost because the brochures never used the phrase, “Vote for Mayor Smith,” which is the only action prohibited by law.

The scenario above is in fact (mostly) imaginary: A web of restrictive campaign finance laws makes such blatant taxpayer-funded electioneering for candidates problematic. But the scenario is completely accurate when local governments electioneer for tax hike proposals: As long as they don’t say anything too close to those forbidden magic words, “vote for,” practically anything goes. Until last December, that is, when a new law was enacted cracking down on this long-standing abuse. It prohibits local government and school district communications from referencing their own ballot measures in the 60 days before the vote.

These restrictions are needed to level the playing field. Tax-hiking municipalities use their well-paid staff, communications departments and legal teams to promote their measures, all funded with taxpayer dollars. In contrast, opponents must seek voluntary contributions and campaign on their own time. The tax hikers have grown accustomed to winning these David-vs.-Goliath contests, and now are politicking furiously to eliminate the new restrictions, using taxpayer-funded lobbyists to pressure lawmakers.

It’s working, too: The Michigan House of Representatives has passed a bill that effectively guts the new restrictions. It would be “anything goes” again unless tax hike opponents got a judge or state official to declare that a government flier or ad can be “reasonably interpreted” as implying a vote for a proposal, or includes anything that can’t be characterized as “factual and neutral information concerning the purpose or direct impact” of a proposal.

That might seem reasonable, but politicians know something you may not: When it comes to political arguments, “reasonable” and “neutral” are strictly in the eye of the beholder. The proposed standards would be completely unenforceable for three main reasons.

First, no such “reasonable interpretation” decree will be issued unless opponents file an official complaint. But unlike their tax-funded opposition, grass roots activists don’t have deep pockets and on-call legal staff to file complaints and take on expensive legal fights.

Second, challengers would have to prove a negative, that a government communication does not “imply” a vote for a tax hike. This stacks the deck even more.

Finally, it’s logically impossible for anyone to declare that a political message is reasonable or not. Consider the hypothetical campaign statements described above, which are in fact exact quotations from past mailings. “The difference between life and death in fire department response times” promoted a Rochester Hills millage hike. “Securing a better future” and staying “competitive in the global economy” promoted school tax hikes.

It would be impossible for a judge or state employee to declare these to be “unreasonable,” because this standard does not apply to political arguments, which rely primarily on value statements and hypothetical claims about the future, not rebuttable facts and logic.

Moreover, if officials can merely claim that statement is a “factual” rendition of a proposal’s purpose, then there is no restriction at all: Local tax hike measures always declare themselves as being for noble and worthy purposes. Under the proposed “fix” to the new law, if a measure’s text includes heart-tugging one-liners like  “save the whales” or “feed the children,” that’s all the running room the tax-funded campaigners could ask for.

That said, there are valid concerns that the law passed in December might infringe on the rights of local officials who go politicking on their own time. Legislation has been introduced to explicitly exempt this, but beware: The bill proposing it was sent to the House floor after a committee pasted in the gut-job language described here! That little maneuver is itself evidence that if you give politicians an inch they will take a mile, and then make you dizzy with their spin.

Legislators have a choice: Will they serve their taxpaying constituents first, or deliver the goods for tax-hiking local officials? They got it right last December; let’s hope they don’t surrender that good government victory.

Jack McHugh is the senior legislative analyst at the Mackinac Center for Public Policy, a research and educational institute headquartered in Midland, Michigan. Permission to reprint in whole or in part is hereby granted, provided that the authors and the Mackinac Center are properly cited.