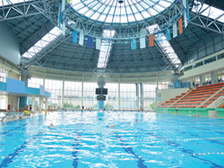 Schools could raise taxes under a proposal to create agreements among units of government to build recreational and entertainment facilities.

In 1994, Michigan voters approved a ballot initiative called Proposal A that cut and capped property taxes and completely overhauled Michigan’s school funding system. Among other things, this made school funding much more stable and took a big step toward equalizing spending per student across all districts, rich and poor alike.

At the same time, school districts gave up their power to request property tax hikes to pay for day-to-day expenses. (They can still request more for large infrastructure projects).

In the 20-plus years since Proposal A, Michigan’s public school establishment has never stopped trying to regain all its previous taxing powers.

These reforms came with a price for citizens, however, which included permanent increases in the state sales tax and several other taxes, a new state property tax for education, and more.

Nevertheless, in the 20-plus years since Proposal A, Michigan’s public school establishment has never stopped trying to regain all its previous taxing powers. One gimmick it has sought is to expand the use of levies called “sinking fund” taxes. These let districts impose up to 5 mills for 20 years, though only for a limited number of purposes.

Several attempts by schools to loosen those restrictions in previous legislatures were halted by happenstance, or when Republican leaders finally awakened to the threat. But a sinking fund expansion is again on the move, along with another school tax gimmick, and this time, Republicans are leading the charge.

The schools came close to their goal in 2001, when 95 of 97 House members voted to adopt an open-ended expansion of sinking funds. Alerted to the bill’s attempt to circumvent voters’ 1994 intentions, the GOP Senate majority quashed the scheme.

The Senate again played the firewall in 2007, when a House Democratic majority took another run at watering down restrictions on the funds.

A third attempt in 2009 would have created a limited expansion for school buses and technology. It passed a Democratic-controlled House with 11 Republicans on board, and again the Senate buried the scheme.

The latest, House Bill 4388 by Rep. Michael McCready (R-Birmingham), received a committee hearing in December. (This bill would also limit new sinking fund levies to three mills instead of the current five mills.)

But wait, there’s more: Homeowners and businesses face a second tax increase that has already passed the state Senate.

Senate Bill 481 would permit school districts to enter a municipal “recreational authority,” and ask for a one-mill property tax hike for swimming pools, auditoriums, conference centers and more. Nothing prohibits these facilities from being located on school property, although they do have to be open to the public at least some of the time.

The pressure to let schools tax more comes from local officials who (always) plead poverty, despite steady growth in revenues in recent years. Even the National Education Association union, a reliable advocate for higher school taxes and spending, reports that spending per student in Michigan rose from $11,000 in 2007-08 to $14,621 in the 2014-15 school year.

Raising school taxes and spending even more might be justified if it meant better outcomes for students, but there seems little or no connection between these. A recent Urban Institute analysis ranked Michigan 44th among the states based on national test performance, after adjusting for socioeconomic factors that affect student achievement.

Yet according to the NEA, in 2014, this state spent the 12th-most dollars per student.

We may know shortly whether a Republican-controlled Legislature and governor will grant the public school establishment two long-sought taxing powers.

Jack McHugh is the senior legislative analyst and Ben DeGrow is the education policy director at the Mackinac Center for Public Policy, a research and educational institute headquartered in Midland, Michigan. Permission to reprint in whole or in part is hereby granted, provided that the authors and the Mackinac Center are properly cited.