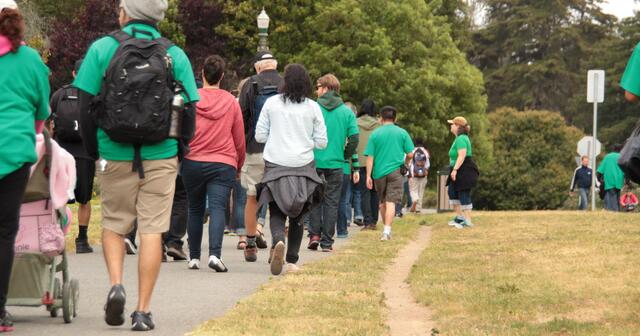 Michigan’s Walkathon Ban: A Repeal 80 Years in the Making

The Michigan Parkinson Foundation organized a pair of walkathons in Northville and St. Clair Shores in spring 2015 to raise money to help people who have Parkinson’s disease. This came on the heels of a surprising announcement that former two-sport MSU star and Detroit Tiger legend Kirk Gibson was diagnosed with the disease. According to the Detroit Free Press, single events like these can raise about $100,000. Fundraisers can be fantastic opportunities for individuals to pool their charitable efforts for a common goal, but there was a problem: At the time, an outdated Michigan law made endurance events like walkathons illegal.

Instead of simply adding new crimes to the books, lawmakers should continue to review outdated and needless laws, like the ban on walkathons.

Fortunately, Michigan’s Legislature just recently repealed this ban on walkathons. And now finally, Michiganders can help raise money for their favorite charities without fear of partaking in criminal activity. Walkathons seem like a harmless activity that promotes civil society through private charity, so one could justifiably wonder why they became illegal in the first place.

Walkathons originated in the early 1900s. Spurred on by the advent of jazz and ragtime music during the Roaring ‘20s, dancing became an incredibly popular activity. Eventually, the dance marathon was born, which was commonly referred to as a walkathon (so as to make it sound more acceptable to those who didn’t fancy dancing).

The idea of a dance marathon is simple — couples compete to see who can stay dancing the longest. As the roar of the ‘20s faded into the Great Depression, the nature of the dance marathon also changed. What began as a whimsical way to dance the night away evolved into a high-stakes test in which participants pushed their physical limits to the edge in hopes of taking home some prize money. In 1930, a dance marathon in Chicago lasted 9 months — the winning group reportedly danced for 6,400 straight hours and the individual champion lasted 468 hours.

Of course, these types of contests can cause physical harm to participants who push themselves too far. This reality led some to call for governments to step in and do something. And in 1935 Michigan’s Legislature passed a law to ban the walkathon, stating that, “a person shall not promote, conduct, or participate in any endurance contest known as a walkathon or similar endurance contest.” This law remained on the books until December 2015.

The ban on walkathons demonstrates the need for reviewing, revising and updating Michigan’s criminal code. For starters, it is unclear whether dance marathons were really causing significant harm to society in 1935. In fact, it could be the case that the Legislature at the time wanted to use concerns about physical harm as an opportunity to limit people’s ability to dance in public. Further, the law was 80 years old by the time it was repealed, and times change, so much so, in fact, that the term “walkathon” actually means what it sounds like — not a veiled term for dancing.

While this particular law is no longer on the books, many others like it still are, as Michigan’s criminal code continues to grow. It is this legislative addiction to criminalizing virtually anything which needs to be rethought and ultimately changed.

Michigan’s criminal code is bloated, with more than 3,000 crimes on the books, and lawmakers have been steadily adding to it. Over the last 6 years, it has grown by 45 crimes per year on average. With so many crimes on the books, many people could be violating laws that they had no idea existed and that they had no intention of violating. Instead of simply adding new crimes to the books, lawmakers should continue to review outdated and needless laws, like the ban on walkathons.

Andy Welch is a graduate student originally from Onsted, Michigan. He lives with his wife and their dogs in Metro Detroit. This commentary is provided by the Mackinac Center for Public Policy, a research and educational institute headquartered in Midland, Michigan. Permission to reprint in whole or in part is hereby granted, provided that the author and the Mackinac Center are properly cited.