Union Time on the Taxpayer Dime in Michigan 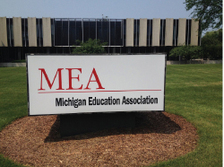 Taxpayers subsidize public unions to the tune of millions of dollars each year.

At least 70 Michigan school districts are offering paid “release time” to union officials. That means each year taxpayers are on the hook for at least $3 million in direct costs for unions, and likely much more.

Release time is a practice in which school districts allow union officials to be released from normal teaching duties so that they can devote their time to work on union-related issues. For school districts, this may mean a person who is hired as a math teacher winds up instead working full time for the local education association.

For example, the Warren Consolidated School District releases two employees from their jobs to work on union business. The president of the Warren Education Association earns more than $131,000 in total compensation. The district pays 75 percent of this cost, while the union pays 25 percent. These figures, like others discussed here, are based on the information provided by school districts through Freedom of Information Act requests.

The Taylor school district offers release time to four school employees, despite the fact that the district has been struggling with a large deficit for years. In Lansing schools, taxpayers are on the hook for $140,000, or nearly 90 percent of the union president’s $156,000 in total compensation. Chippewa Valley, meanwhile, shells out $140,000 to carry two union officials on the payroll. The union president is released 100 percent from her job as a teacher and the union vice president gets to spend 40 percent of his time on union business.

Wayne-Westland is reimbursed by the local union for the retirement benefits of its president, but taxpayers still pay about $100,000 in salary and benefits for that executive. Besides these examples, districts in Grand Rapids, Livonia, Utica, and Berkley all pay at or near six figures for release time.

And the amounts listed above only include the direct costs of these arrangements. Release time means taxpayers are paying twice: once for the salary of the union official, and a second time to replace that person in the classroom.

Union release time is not just happening in Michigan school districts. It happens at the local and federal level as well. The Goldwater Institute, a state-based think tank in Arizona, discovered that cities across that state were spending millions on union release time. Most of it was being done to benefit police and fire unions. The institute is suing to stop the practice, claiming it violates the state’s gift clause.

A report on the federal government from The Heritage Foundation notes, “Records from the Office of Personnel Management show taxpayers forked over $155 million in release-time payments to federal workers in 2011. That’s nearly 3.4 million hours of taxpayer-financed union work — the equivalent of roughly 1,700 full-time positions.”

So what can be done? One bill in Michigan takes a large step in the right direction. Senate Bill 280, sponsored by Sen. Marty Knollenberg, R-Troy, would prohibit publicly funded release time in schools. Workers could still be released to do union business, but the association would have to pay for it. The bill has passed a Senate committee and is up for a vote before the full body.

Every dime spent on union release time is one less dime spent educating students or maintaining public services. Taxpayers have a right to expect that their money is being used efficiently; the state should ensure that all release time is paid by the unions themselves.