We Can Have a Clean Environment and Good Paying Jobs

What would George Washington do? 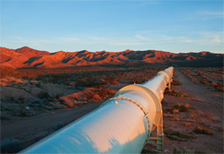 The environmental impact of potentially harmful technologies can be minimized by siting them in the United States.

Fervent environmentalists and fervent free-market advocates can be mortal enemies, at least in a political and ideological sense. To the environmentalists, free markets are not adequately regulated, and are responsible for climate change, the extinction of species, deforestation and a lot of other bad things. To free-market supporters, environmental initiatives kill jobs, innovation and individual liberty.

Is there a middle way? Here are some ideas that might be a bridge between those concerned about the environment and those who believe that free markets are necessary and a net benefit to society.

We need both a clean environment and a free market. Yes, we can have both, and I believe Washington would concur (George, that is).

First, those who support free markets ought to embrace the concept that fair competition means that all costs associated with a product are reflected in its price. If I operate a banana cream pie factory in my backyard and throw the banana peels over the fence into my neighbor’s yard, I’m violating my neighbor’s property rights, an essential ingredient to well-functioning markets.

So, why don’t more free-market supporters encourage businesses to assume the air, water, and land cleanup costs associated with their activities, rather than having these costs borne by taxpayers or some other third party? Isn’t this the inverse of free-market advocates’ gripe with corporate welfare schemes, where we indirectly and unfairly subsidize select industries by permitting them to pass some costs on to others?

Second, environmentalists should “Think Globally,” as the saying goes. After all, our impact on the environment doesn’t obey artificial political boundaries. For instance, I recently read that Russia, a country rife with environmental disasters, is poised to build an almost 700-mile long gas pipeline to Pakistan. Meanwhile, environmentalists are adamantly fighting the Keystone Pipeline here in the states. But we could build 10 Keystone Pipelines with less global environmental impact than this Russian-Pakistani project, which will almost certainly be constructed and operated with few environmental safeguards. Taking a global perspective, there should be 10 times the outrage about the Russian-Pakistani pipeline compared to the Keystone.

In the same vein, there’s a lot of speculation that more and more cars will be built in China. With story after story of environmental shortcuts and disasters in that country, including a recent massive chemical explosion, it’s safe to say we could build 10 cars in America with less global impact than building one in China. Take a behind-the-scenes tour of Russia, China, Venezuela, or Saudi Arabia — all top-down, anti-free-market societies — and you’ll get an eyeful. So, why wouldn’t environmentalists help promote policies that keep America competitive with these nations and allow us to manufacture products and transport energy right here, in our imperfect but exponentially better-regulated markets and environment?

Third, while technology isn’t a substitute for good policy or ethical decisions, advances in science and engineering have enabled us to do things we couldn’t do a generation or two ago, or at the least, do only at a much greater expense. So, why wouldn’t both environmentalists and free-market advocates support prudent research and experimentation to promote cleaner energy production and better, cheaper environmental technologies? Most technology breakthroughs come from companies trying to get a competitive advantage in the marketplace, but some also come from government-funded scientific research, when properly vetted.

I realize that what constitutes economic liberty, reasonable environmental practices and prudent experimentation is the rub — the difference between holding companies accountable on the one hand and regulating them out of existence on the other. But for those who think compromise is a four-letter word, I’d refer them to George Washington, who spent his whole public life making compromises, and whose balancing of the Federalists (the Alexander Hamilton-types) and the Republicans (the Thomas Jefferson-types) kept America from another bloody revolution. Washington was better than non-compromisers like France’s Robespierre and Marat, who cut off their opponents’ heads, or drove them (like Lafayette) out of the country, to France’s ruin.

We need both a clean environment and a free market. Yes, we can have both, and I believe Washington would concur (George, that is). For all our bickering and shouting, America is still closer to achieving this balance than anyone else.

Thomas M. Doran has worked on environmental projects in the U.S. and elsewhere for almost 40 years, is an Engineering Society of Detroit Fellow, and chairs the ESD Editorial Board. This commentary has been distributed by the Mackinac Center for Public Policy, a research and educational institute headquartered in Midland, Mich. Permission to reprint in whole or in part is hereby granted, provided that the author and the Mackinac Center are properly cited.