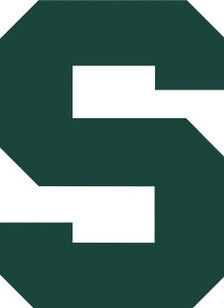 There are a few moments that sports fans look forward to every holiday season: Christmas Day NBA games, NFL playoffs, and, of course, controversy over college football bowl games. Although these surface every year, most miss how the bowl system fleeces university athletic departments and taxpayers.

Playing in a bowl game is a money losing proposition for most universities. Although each participating school gets a payout, bowls routinely force schools to accept a portion of the payout in the form of tickets. The 2010 Little Caesars Bowl, played at Ford Field in Detroit, paid Ohio University with 10,000 tickets, worth $450,000. The game was sparsely attended, and the school sold only 2,181 tickets, generating just $98,150. After figuring in the travel expenses to play in the game — including players, coaches, band members and others — Ohio University wound up losing $66,314. It probably lost more if the additional time and resources that went into practicing for an extra few weeks are considered, as well as any bonus that may have been paid to the coaching staff for reaching a bowl game.

State legislatures should ban public universities from taking bowl payouts in the form of tickets that they are not able to resell.

Given the large number of empty seats at bowl games, the prospects for most schools to cash in on their post-season appearances are dim, and Ohio University’s 2010 experience is hardly unique.

So, who gets the money if not the universities? Ultimately, the bowls keep the vast majority of the revenues generated by the games. As a result, bowl executives are able to highly compensate themselves. And, they do. According to TIME, the CEO of the Sugar Bowl earned $645,385 in compensation in 2009, while John Junker, the former CEO of the Fiesta Bowl, made $592,418. This does not include the latter’s lavish expense account that funded a $1,241 bill from a Phoenix strip club or his $33,188 birthday party at Pebble Beach, as Sports Illustrated reported.

Even CEOs of lesser known bowls are highly compensated. The CEO of the Kraft Fight Hunger Bowl earned $320,492 in 2008, according to TIME. That bowl liked to brag that in a three-year period it fought hunger by donating more than 300,000 meals. Yet, if the average cost of a meal is $2.74, as Feeding America estimates, the Fight Hunger Bowl spent more paying its CEO over those three years than fighting hunger.

While bowl executives live a lavish lifestyle, students and taxpayers are filling in the holes in university athletic department budgets. In fact, only 23 out of 228 Division I NCAA athletic departments were profitable in 2012. The rest were subsidized by their parent institutions using tuition dollars, student fees and taxpayer support to higher education. These subsidies totaled nearly $2.5 billion in 2012, USA Today reported.

In that same year, the University of Michigan subsidized its athletic department by $255,832, while Michigan State University provided its athletic department more than $1.7 million. Perhaps the most extreme case is another Big Ten school, Rutgers University. In 2012, subsidies to the Rutgers University athletic department totaled almost $47 million, with nearly $10 million coming from student fees and the rest coming from the university’s general fund, according to USA Today. The bowl system’s role in these deficits is illustrated by former Michigan Athletic Director Bill Martin, who in 2010 said “The fact we didn’t go to a bowl game the last two years means we actually made money.”

The NCAA should reform the bowl system by simply administering the games itself. The NCAA could give the proceeds from ticket sales and television rights to member athletic departments as it does for the NCAA Men’s Basketball Tournament. Athletic departments receive half-a-billion dollars per year from the basketball tournament’s television rights alone. State legislatures should ban public universities from taking bowl payouts in the form of tickets that they are not able to resell. These reforms would help fill holes in college athletic department budgets currently being filled by students and taxpayers, and end the practice of bowl executives living large at the expense of these two groups.

Christopher Douglas, Ph.D., is an associate professor of economics at the University of Michigan-Flint and a member of the Board of Scholars at the Mackinac Center for Public Policy, a research and educational institute headquartered in Midland, Mich. Permission to reprint in whole or in part is hereby granted, provided that the author and the Center are properly cited.