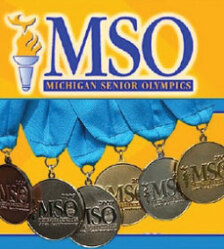 Michigan’s state budget is a $52 billion-plus document that cuts across most aspects of our lives: police, courts, transportation and education to name a few subjects. Is it any wonder then that few noticed or complained when a $100,000 “one-time” appropriation was slipped in to subsidize an athletic competition between people who are in the autumn of their years?

Subsidizing the “Michigan Senior Olympics” is not a proper function of government. It is unfair to those whose hobbies are not subsidized, it financially supports a group who may already be healthier and wealthier than your average resident, and the state has more pressing uses for the money.

The state has so many other pressing needs – roads and underfunded pensions to name two – that it is hard to believe this line item could get sneaked into the budget.

The Michigan Senior Olympics was created in 1979 and is a nonprofit fitness advocate for people over 50. The games it hosts are held in Oakland County and has boasted of 1,100 participants. The 2015 winter events begin Feb 7 and include sports such as billiards, powerlifting and hockey, according to the MSO’s website. The summer events are held in August and include events such as bocce ball, tennis and golf.

The state should kill this subsidy on fairness grounds alone. There are countless hobbies statewide — athletic and otherwise — that are not subsidized by government. Yet those who choose to participate sans subsidy are being forced to pay for the Senior Olympians’ competition.

Does it bother anyone in state government that a cross-country skier in Ishpeming has her own choices (athletic hobbies and otherwise) diminished to cross subsidize the hobby of a bocce ball playing Detroiter? Worse, there are taxpayers dragged into this transaction that have no interest in sports whatsoever.

Relatedly, it would not strain credulity to suggest that Senior Olympians already have many advantages in life over their counterparts. For example, as a direct result of being older and having more time to accumulate wealth, senior citizens nationwide have higher incomes and a higher net worth than many who are footing this Olympic bill.

The September 2014 Federal Reserve Bulletin summarizes its 2013 triennial “Survey of Consumer Finances,” which indicate that average income by the age of head of household is highest in the 55-64 age bracket and drops thereafter but is not much lower than the 35-44 bracket. The Census Bureau reports slightly different numbers, noting that wealth (a different measure of economic well-being) peaks in the 65-69 age cohort.

In other words, it is unlikely this particular set of sportsmen and women need a financial leg up, at least relative to their many poorer peers under the age of 35. Indeed, the under-35 crowd is already engaged in a massive intergenerational transfer of wealth to senior citizens via Social Security and Medicare programs and so should be left out of the Olympic transaction.

If the Senior Olympics really must have $100,000 more to operate, the civil society solution would simply be to ask its 1,100 participants to pay $91 more per person for the privilege of participating. Current MSO membership fees are $25 per person, though one must pay a registration fee and other costs depending on the event.

Another advantage that Senior Olympics’ participants may have is something many people cherish above all: their health. There are many seniors who only wish they could pay full freight to compete in the MSO, if only they were physically able to do so. Forcing unhealthy seniors to pay for those who are healthy is also unfair.

Readers may feel mollified by the knowledge that this is just a “one-time” appropriation. But “one-time” appropriations happen frequently with the same group. The Senior Olympics also got one-timers in three other budgets since Fiscal Year 2000. A fourth attempt in 2002 was made but vetoed according to Michigan’s State Budget Office.

The state has so many other pressing needs — roads and underfunded pensions to name two — that it is hard to believe this line item could get sneaked into the budget. Redirected to roads or schools, $100,000 could fill about 5,000 potholes or buy a school district 1,000 new textbooks.

Senior Olympics subsidies are unfair, unnecessary and waste precious resources that would be better used elsewhere. They should be eliminated during the Lame Duck session or by the new Legislature.

Michael D. LaFaive is director of the Morey Fiscal Policy Initiative and Ted Keranen fiscal policy intern at the Mackinac Center for Public Policy, a research and educational institute headquartered in Midland, Mich. Permission to reprint in whole or in part is hereby granted, provided that the authors and the Center are properly cited.