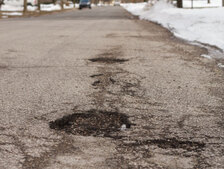 Arguably no one in Michigan has made more recommendations to reform the state budget — literally hundreds of them worth billions of dollars — than Mackinac Center policy analysts. As the fiscal 2015 state budget has just climbed above $53.2 billion — a nearly 27 percent nominal increase since fiscal 2007 — it seems both prudent and timely to remind Lansing of some opportunities to trim state spending.

The good news is that the legislators ultimately cut revenue sharing, though more by circumstance than by choice. They should do so by choice. That money could be better spent elsewhere: shoring up state pensions, cutting personal income taxes or fixing roads, just to name three.

State officials have hiked revenue sharing for fiscal 2015 by $88.6 million (higher if you include “one-time” monies) to $419.2 million in ongoing appropriations. This total includes money from three revenue sharing line items, less $35.1 million destined for 20 counties as part of a Granholm-era tax shift, plus monies slotted for distressed communities (including the salaries of emergency managers appointed by the state to work in these local units).

More than $40 million of the total is considered “county incentive program” dollars. Incentive program money has been included to some degree in each budget of Gov. Rick Snyder’s administration. The governor’s original idea was to incent local units of government to make sound policy changes, such as being more transparent, attempting services consolidation and changing employee compensation. A number of state lawmakers and local officials have long wanted those demands changed or eliminated.

Reform of state revenue sharing may be a good idea, but not in the ways being advocated for in Lansing. For instance, apparently no one is advocating changing the formula to end the absolute windfall of revenue sharing monies received by the city of Detroit, which lawmakers just bailed out with another $195 million in state appropriations.

The fiscal 2015 state budget actually allots 56 percent of all statutory revenue sharing dollars ($140 million) to the Motor City, despite the fact just 7 percent of the state’s population lives there. If lawmakers insist on keeping revenue sharing, all of its dollars should be distributed on a per-capita basis only.

But why keep it at all? Michigan’s statutory revenue sharing program is fundamentally unfair at its core. It takes taxpayer dollars from localities that are not part of the sharing program (that is, they do not receive revenue sharing dollars) and gives it to those that are. Worse, the current formula actually favors fiscally irresponsible cities such as Detroit, Pontiac and Flint with the biggest pots of sharing dollars. In addition, if used to finance an income tax cut one could argue that people know best how to use their precious resources than any level of government.

A better idea would be to stop statutory funding altogether and let communities sink or swim on their own fiscal merit. Eliminating state statutory revenue sharing wouldn’t just end the unfair nature of the program. That $419 million-plus could be redirected annually toward shoring up the Michigan’s school employee pension system, which is underfunded by $25.8 billion; or cutting the personal income tax to nearly 4.05 from 4.25 (The Michigan Senate Fiscal Agency estimates that a full-year 0.1 percentage point cut in the personal income tax is equal to about $217 million in revenue), or to help fix the roads.

Revenue sharing dollars could even be used to fix roads and bridges in the very cities, counties, villages and townships from which the state sharing dollars were eliminated. In other words, these communities would still get their money it would just be earmarked to improving local infrastructure. Another option would be to simply run the savings through the state formula for road funding, which would see the money divided between 617 municipalities.

State lawmakers seem ill at ease with reducing state spending, but they should not. There are plenty of reasons and ideas for doing so.

Michael D. LaFaive is director of the Morey Fiscal Policy Initiative at the Mackinac Center for Public Policy, a research and educational institute headquartered in Midland, Mich. Permission to reprint this in whole or in part is hereby granted, provided that the author and the Center are properly cited.