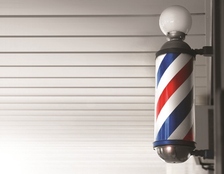 State barbers must endure 2,000 hours of training at one of the seven private barber colleges in the state. Lawyers only need 1,200.

When it comes to financial burdens, both Republicans and Democrats often claim to "fight for the little guy."

The former may campaign against tax hikes while the latter may vote for "progressive" taxes on top earners, but don't be fooled: when it comes to occupational licensing, both sides consistently vote to burden people with often unnecessary fees and requirements.

Licensing is a process by which the state makes it illegal to do a certain job unless one completes a series of mandatory classes, training or exams (or all three), and pays an assortment of fees. The rules disproportionally affect low- and middle-income workers who may not have the knowledge or expertise to navigate through this complicated system of rules and regulations. Licensure is often applied to jobs that typically do not require a college degree.

The state of Michigan requires licensing for hundreds of occupations, from A (auctioneer) to W (Wrecker service). Once local licensing is taken into account, the state increases the cost of earning a living for more than 1,000 different occupations.

These government rules are growing more prevalent. The national percent of occupations now requiring a license has increased from approximately 5 percent in 1950 to about 30 percent today, according to Morris Kleiner of the University of Minnesota.

In Michigan, the state mandates 60 hours of classes and training and several hundred dollars in fees to legally work as a painter or landscape architect and to do other construction work, such as installing a storm window, putting up rain gutters and laying down tile.

State barbers have among the heaviest licensing requirements in the nation. They must endure 2,000 hours of training at one of the seven private barber colleges in the state. Lawyers only need 1,200. Few other states have mandates that weighty. The state of Alabama had no licensing at all until this year, and there is no evidence that getting a haircut in the Heart of Dixie is any less safe than getting one in the Great Lake State. Unsurprisingly, the colleges training Michigan barbers fight tirelessly to keep the regulations in place because it amounts to a guaranteed revenue stream for them.

The state and local licensing groups often maintain that these requirements are for “safety,” but almost all of the areas for which the state requires licenses are not what most people would reasonably consider dangerous.

The Michigan House is considering dozens of bills that would repeal certain requirements, but the fight will be difficult. Licensing is a textbook example of the phenomenon economists call "concentrated benefits and diffused costs." Those with the most to gain (like the private barber colleges) devote more resources to lobby to preserve their advantage than those who are damaged (the service providers and consumers who are both forced to pay more to trade in the marketplace) devote to eliminating the regulations.

An option for the Legislature that would put Michigan licensing standards on the correct path is House Bill 4641, introduced by Rep. Tom McMillin, R-Rochester Hills. The bill prohibits government units from imposing occupational licensure without proof of valid public health and safety concerns, and when licensing is beneficial, requires the least restrictive method of obtaining it. It also allows workers to sue the state if a regulation excessively burdens their right to earn a living; if a court agreed, the mandate would be thrown out.

With that in mind, many of Michigan's licensing laws should be thrown out, which would allow more residents to become gainfully employed and consumers to benefit from the lower prices brought by competition.

Jarrett Skorup is research associate for Michigan Capitol Confidential, a news service provided by the Mackinac Center for Public Policy, a research and educational institute headquartered in Midland, Mich. Permission to reprint in whole or in part is hereby granted, provided that the author and the Center are properly cited.