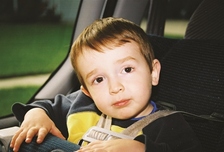 If school leaders plan ahead and make needed budgetary adjustments, the baby bust’s impact on schools should be barely discernible.

There are 19,000 fewer babies being born annually in this state than there were a decade ago. This trend is persistent throughout the state.

Of Michigan's 83 counties, all but two saw a decline in the number of births during the past decade. More than half — 46 counties — saw births drop by more than 10 percent. Statewide, the change in births is an astounding 14 percent decrease.

While this "baby bust" has already impacted diaper sales and population forecasts, it promises to have a dramatic impact on the school funding system in coming years. State funding for schools is based on student enrollment; a system that helps protect taxpayers and hold schools accountable.

The increase in per-pupil funding necessary to insulate schools from today’s baby bust will result in a dramatically more expensive school funding bill when the birth rate rebounds.

A large overall decline in student enrollment, however, will put sustained pressure on this funding system. It will also put taxpayers at risk if officials do not react responsibly.

There are two options available to Michigan officials. The first (and preferable) option is to address this coming decline in enrollment: Per-pupil funding should be held at its current rate and school officials should cut costs as necessary. The hard truth is that fewer incoming students will mean that fewer teachers, school supplies and classrooms will be needed.

The second option is one that will put taxpayers at risk: Revenues slated for schools will likely not decrease at the same pace as the decline in births. This means that state officials could put off the financial pinch by slowly increasing per-pupil funding for schools. Schools might see a 10 percent decline in students, but a 12 percent increase in per-pupil funding. In this strange scenario, schools would be receiving more money to educate fewer students.

While the second option might be preferable in the short-term, it will be ruinous in the long-term. Michigan's birth decline is the lowest it has ever been, and will likely recover. The increase in per-pupil funding necessary to insulate schools from today's baby bust will result in a dramatically more expensive school funding bill when the birth rate rebounds — one that Michigan might not have the revenue to pay for.

Unfortunately, school officials have proven reluctant to respond to enrollment changes in recent years. Even when faced with a pattern of declining enrollment, officials have neglected to responsibly cut costs, putting their districts in financial peril. This is clear when examining the districts currently in deficit. The vast majority of them, like Pontiac, have seen enrollment declines.

Michigan's baby bust is no secret, and is a trend that promises to continue to impact nearly every Michigan district. If school leaders plan ahead and make needed budgetary adjustments, the coming decrease in enrollment's impact on schools should be barely discernible.

Though there will be immense political pressure to increase per-pupil funding, the state should hold the line. Insulating school officials from having to make reasonable budgetary decisions is not an excuse to put future state funding at risk.