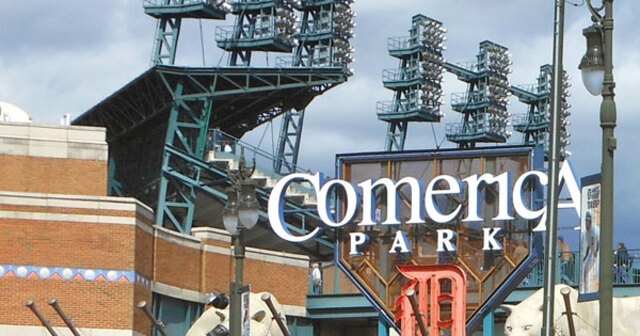 Projects like the building of Comerica Park (pictured above) have held promises of restoration for the city of Detroit, but have not fulfilled those expectations.
Publications / Viewpoints

There are many issues that led to bankruptcy in Detroit and everyone and his brother seems to have a theory.

Rather than rehashing the reasons why Detroit went bankrupt, let’s discuss what did not save it: Flashy projects.

Back in 2005, my colleague Michael LaFaive compiled a partial list of bold proclamations about projects in the Motor City:

Similar claims were also made about the Detroit People Mover and the Renaissance Center, neither of which could be even remotely considered a success at fostering a broad recovery for the city.

The problem with these types of projects is that they get lots of media and political attention but the actual economic results are poor.

In politics, some things never change.

A new arena plan for the Detroit Red Wings, with large government help, has been unveiled and the project architect told MLive that “the sky is the limit.” Gov. Rick Snyder said, “This is a project that will help revitalize Detroit.”

But economists who study large-scale stadium subsidies are skeptical. Dennis Coates, a professor at the University of Maryland, told MLive he has “never seen a boost in overall economic activity from a new arena.”

The problem with these types of projects is that they get lots of media and political attention but the actual economic results are poor. The reality is that these projects, while high profile, make up only a small part of the overall economy.

Favors to select businesses only mask the real problems that the city faces.

Jarrett Skorup is research associate for Michigan Capitol Confidential, a news service of the Mackinac Center for Public Policy. Permission to reprint in whole or in part is hereby granted, provided that the author and the Center are properly cited.