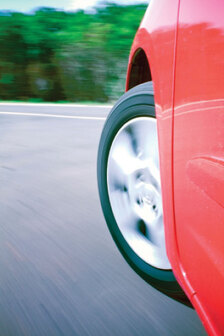 Though health care resources are inefficiently used under Michigan’s current insurance mandates, a proposal by Gov. Snyder could improve the situation.

(Editor’s note: The following commentary appeared in the Lansing State Journal on May 10, 2013.)

Michigan is the only state that requires drivers to purchase auto insurance providing unlimited coverage for personal injury. While there are other states that require a minimum coverage, the next highest level is New York, at $50,000. This Michigan mandate results in an inefficient use of health care resources, higher vehicle insurance premiums and lessened economic activity in the Great Lake State. In recognition of this, Gov. Rick Snyder has renewed a proposal that would reduce the state mandate and require drivers to purchase at least $1 million in personal injury protection rather than an unlimited amount.

Once an accident victim enters the health care system, those providing services have an incentive to overmedicate, over-test and over-price their services.

The governor’s proposal makes both philosophical and economic sense. First, the current requirement forces consumers to purchase more insurance than they would otherwise choose. A study by Anderson Economic Group estimated that 75 percent to 90 percent of drivers would purchase a policy with less than unlimited personal injury protection if given the opportunity.

Second, this mandate for over-insurance results in an inefficient use of health care services, distorted pricing and an incentive to commit fraud. Several studies indicate this holds true in Michigan. As one example, Mitchell Decision Point found that in the city of Detroit the cost of a CT-Scan of the neck was $261 under a Medicare claim and $1,820 under a Michigan no-fault insurance reimbursement. Professor Sharon Tennyson of Cornell found that in 2010 the average auto insurance medical claim in Michigan, $35,446, was more than double that of the next highest state, New Jersey.

The primary reason for the difference was that the mix of services provided in Michigan was more costly. Once an accident victim enters the health care system, those providing services have an incentive to overmedicate, over-test and over-price their services.

Third, this inefficient and expensive use of health care results in higher auto insurance premiums for all Michigan drivers, and raises the cost of doing business in this state. A recent one done by Insure.com found Michigan had the second highest average car premium behind Louisiana in 2010.

These high premiums hit lower income residents especially hard. No insurance means no car, and no car often means no job. In addition, every business that owns a vehicle, from the small flower shop in Hillsdale to Meijer, faces higher cost of production, which results in less business activity and fewer jobs in Michigan.

At issue is how to pay for an extremely costly automobile injury. Right now we distort our auto insurance markets and dampen economic growth to do so and only cover those who are injured in an auto accident. What about the person who falls off of a ladder and suffers a brain injury?  The proper place to treat costly injuries is through a general catastrophic claims system that provides the proper incentives to efficiently treat severe injuries rather than produce costly remedies.

In the short term, Gov. Snyder’s solution is to basically do what the 49 other states do. The challenge is to solve the problem in an efficient and ethical manner that relies on markets and a free society.

Gary Wolfram is the William Simon Professor of Economics and Public Policy at Hillsdale College and an adjunct scholar with the Mackinac Center for Public Policy, a research and educational institute headquartered in Midland, Mich. Permission to reprint in whole or in part is hereby granted, provided that the author and the Center are properly cited.