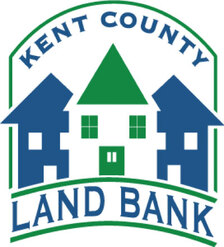 Land banks in Michigan, like that of Kent County, have made decisions that cost taxpayers and discriminate between property buyers.

Though property vacancy is a pressing problem in some areas of Michigan, the government land banks created to address it may be doing more harm than good. Some land banks have actually blocked private buyers from purchasing vacant property, and others have discriminatory sales policies.

In the western part of the state, the Kent County Land Bank caused a stir last summer when it snapped up more than 40 vacant properties before tax auction. By doing so, the land bank blocked would-be buyers from bidding on the properties and eliminated the possibility of redevelopment occurring independently in the private market.

While offering reduced-priced homes to firefighters and police officers might sound like a nice idea, it’s preferential treatment.

That move cost taxpayers: The land bank spent more than $400,000 to buy those properties, and a taxpayer group estimated that the county could have received up to $1 million in additional sales revenue if the properties had been sold at auction.

State law prohibits land banks from acquiring property before tax auction, but the Kent County land bank worked around that by coordinating with county officials so that property was transferred first to the county and then to the land bank. Kent County commissioners recently voted to prohibit such coordination, but there are more than 35 other land banks throughout the state that may have similar practices.

The Kent County Land Bank’s actions have also favored certain property owners over others. For example, the land bank purchased an abandoned gas station on behalf of a hardware store company, and the property received special tax breaks. Phil Lamancusa, store manager of Nawara Brothers Home Store, located just two blocks away from the new hardware store, told MLive that the subsidized development will “... be major competition.” A city commissioner characterized the land bank’s actions as “picking winners and losers.”

To the east, similar land banks in Genesee County and Detroit have policies that discriminate between property buyers. The Genesee County Land Bank just approved a policy that offers properties at a 30 percent discount to police, fire, military veterans and other public health and safety personnel. Meanwhile, the Detroit Land Bank will pay the down payment for city employees, police officers or firefighters who purchase one of its properties.

While offering reduced-priced homes to firefighters and police officers might sound like a nice idea, it’s preferential treatment. Why do firefighters or police officers deserve a discount, but not private business owners or employees? People who run longstanding businesses and people who work to provide goods and services to others are also valuable members of a community.

The purpose of land banks is to get properties back into productive use — if officials are having difficulty selling vacant property, a lower price should be offered to all potential buyers.

The actions of the Kent County and Genesee County land banks directly conflict with the hope that land banks could work to get vacant, tax-foreclosed property back into private, productive use as quickly as possible. The state land bank law should be tightened to stop land banks from blocking private development and discriminating among buyers. The end goal is to reduce vacancy, not to give government officials the power to pick favored development projects while quashing others.

Audrey Spalding is an education policy analyst for the Mackinac Center for Public Policy, a research and educational institute headquartered in Midland, Mich. Permission to reprint in whole or in part is hereby granted, provided that the author and the Center are properly cited.