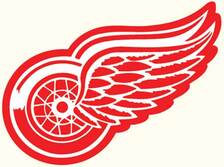 If a new Detroit Red Wings arena is the economic boost the city needs, why couldn’t the Renaissance Center, Flint Autoworld, Comerica Park or Ford Field do so?

With the threat of payless paydays for city of Detroit employees perhaps just weeks away and Governor Rick Snyder considering an emergency financial manager for the city, state lawmakers just set a new land speed record in capitulating to a billionaire developer’s request for taxpayer subsidies.

The handout, which will benefit Detroit Red Wings owner Mike Ilitch’s business empire, is being styled by politicians as a “catalyst development.” To help accommodate the project’s financing, lawmakers recently passed House Bill 5463.

The record shows that more exotic subsidy schemes to private businesses — crony capitalism at its worst — are not the path to prosperity.

It appears history is doomed to repeat itself. If catchy labels and taxpayer-subsidized projects were the answer to what ails crumbling cities, then Detroit’s 1977 Renaissance Center would have triggered a Motor City rebirth, and Flint’s 1984 AutoWorld would have put that city on the road to recovery. They didn’t, nor did Detroit’s People Mover, Comerica Park (built to house Ilitch’s Detroit Tigers) or Ford Field spark the promised comeback by proponents of their government dollars. Decades of similar “investments” demonstrate that big, government-aided projects do not ignite economic revolutions, despite politicians’ promises or even the good intentions of developers.

The grandiosity of those promises has been surpassed only by the ineffectiveness of the results. To justify subsidies for a new baseball stadium, then-Mayor Dennis Archer said in April 2000, “Comerica Park will help restore the excitement of urban living that has been missing far too long from downtown Detroit.” Over the next 10 years, a staggering 25 percent of the city’s population demonstrated their excitement by moving out.

Even if the project is completely financed privately, it does not necessarily herald a renaissance for the city. At the Renaissance Center’s 1977 dedication, booster Henry Ford II remarked that the $350 million project was an indication that the city “has reached bottom and is on its way back up.” It was not to be. The complex was sold 19 years later for $76 million.

The custom-made Ilitch subsidy law empowers Detroit’s Downtown Development Authority to borrow and spend on “infrastructure” for the project, the center piece of which will be a new hockey arena for the Red Wings. Supposedly, the development will boost nearby property values, with resulting increases in property tax receipts used to repay the new debt at a rate of around $13 million or more annually. It’s unclear whether this new law may also empower the DDA to provide a loan guarantee for the private debt incurred by the Ilitch organization on its project.

Most likely the promises and the increased tax revenues expected to pay off all this debt are pipe dreams. Academic and other research suggests that neither these “tax increment financing” schemes nor publicly financed stadiums benefit cities or taxpayers. To cite only a few examples:

Economists Richard Dye and David Merriman studied the history of such schemes in Chicago and wrote in 2006, “Any growth in the TIF district is offset by declines elsewhere.” In other words, this is at best a zero-sum game.

In a May 22, 2012, Huffington Post commentary, Nick Mosvick and Cato Institute scholar Ilya Shapiro recapped the academic literature studying the impact of sports franchises on local economic and income growth. The consensus of scholars is that they have no effect, or a negative one.

Jobs research reported in 2011 by economics professor Robert Baade found that the cost per job from sports subsidies is higher than other types and that “98 percent of the jobs … are in the relatively low-paying, non-manufacturing sector.”

Long-time observers of Michigan’s corporate welfare empire won’t be surprised to learn that the last-minute bill language authorizing the Ilitch subsidies was inserted at the behest of the Michigan Economic Development Corp. Once again, the agency was carrying the water for “millionaires and billionaires” whose subsidized developments over the years have provided little to no net benefits for Detroit or Michigan.

The record shows that more exotic subsidy schemes to private businesses — crony capitalism at its worst — are not the path to prosperity. It is also fundamentally unfair to tens of thousands of taxpayers on the hook for projects like “WingsWorld,” particularly to those with no interest in the sport or the team.

If politicians confiscating wealth from the many to redistribute it to a lucky few were the answer, Michigan would have been at the top of the heap over the past half-century rather than scraping along the bottom.