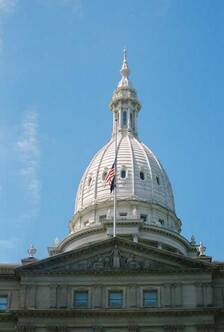 What goes on behind closed doors in Lansing isn’t always pretty, and deserves to be checked by a limited scope and size.

The just concluded 96th Michigan Legislature was momentous, enacting a long list of beneficial reforms that will make this a more free and prosperous state. But it was not immune to big-government vices, one of which was creating many new government “authorities.”

These entities are largely insulated from democratic accountability, lack transparency and tend to fly under the radar of media scrutiny. They also often become the “playground” of particular special interest groups, which then lobby to entrench the new bureaucracy and expand its mission.

New government bodies created in recent weeks include a state “rural development fund” designed to spend earmarked revenue from a proposed mine tax, and a new Detroit regional transit authority with the power, in some cases, to impose property taxes on unwilling communities to subsidize what one former lawmaker used to call “those d***ed empty buses.” Another new authority will allocate replacement revenue to local governments to compensate for phasing out a tax imposed on business tools and equipment — a function the current Department of Treasury could easily accomplish without creating another bureaucratic office.

Yet another expansion builds on an existing “automobile theft prevention authority” to include insurance fraud, paid for with higher insurance taxes. That mission may be worthwhile, but why can’t the Michigan State Police find room in its $525 million budget? Taxpayers dodged one bullet in this area: Proposed “neighborhood enhancement districts” would have been empowered to borrow, tax and spend on projects that government planners claim would “enhance” a neighborhood, but after passing the Senate 35-3, the bill fell by just two votes in the House.

All these “authorities” are run by political appointees who get to spend millions of taxpayer dollars. Among other things, such entities provide future job opportunities for the political careerists who populate our term-limited Legislature. Lawmakers know many of them will get those board appointments, or possibly be given cushy executive positions. Some of these are highly lucrative, such as the $78,000-per-year slots on the Michigan Liquor Control Commission’s board. This arrangement invites corporate welfare-seeking.

What this system achieves above all else is a group of politicians less willing to rock the boat in ways taxpayers might favor. Those who “go-along-to-get along” with the status quo, big government political establishments become part of a self-serving, bipartisan “good old boy” network that takes care of its own, and from which principled statesmen are excluded. This incentive structure accounts for more legislative outcomes than most people imagine.

Authorities insulated from the normal pressures of electoral politics may be useful for certain narrow, clearly defined and uncontroversial core-government functions (such as running local water and sewer systems), but even these bodies tend to encourage more government borrowing, taxing and spending. Corporate welfare handouts and bureaucratic empire building are the natural offspring of overgrown government.

An example can be seen in recent abuses of local “land bank authorities” created by a 2003 law. Another abuse is seen in the just-passed bill to authorize corporate welfare subsidies for developer Mike Ilitch’s proposed Red Wings hockey arena project; this employs Detroit’s heavily indebted Downtown Development Authority to deliver the boodle.

These examples just scratch the surface of a growing problem, which is the expansion of a largely invisible web of state and local entities that constitute a virtual fourth branch of government.

The next Legislature should declare a moratorium on all such expansions of government, and roll back existing ones.

Jack McHugh is the senior legislative analyst at the Mackinac Center for Public Policy, a research and educational institute headquartered in Midland, Mich. Permission to reprint in whole or in part is hereby granted, provided that the author and the Center are properly cited.