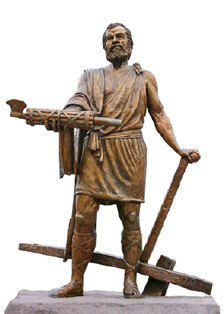 Remember the story of Cincinnatus? He was a humble farmer who was given dictatorial powers in order to lead the Roman army in fending off enemy invasions. Cincinnatus saved the young Roman Republic, but then promptly handed back power to the people and returned to tending his fields.

To some degree, modern-day Cincinnatus stories are playing out in two of Michigan’s most ailing public school districts: Detroit and Muskegon Heights. The emergency managers there — Roy Roberts and Don Weatherspoon, respectively — have near complete control of these districts, but instead of using this power self-servingly both have plans to hand back power to parents, teachers and students as soon as they fix the crises they were hired to end.

Roberts’ proposal for Detroit Public Schools is transformational. Instead of just getting the budget on track and continuing as a monopoly provider of school services, the district will create new self-governing schools (some of which will be charter schools), granting them autonomy over academic, personnel and fiscal decisions.

Moreover, all schools in the city, no matter their organizing structure, will be held to the same standards and uniformly assessed. The goal is to enable parents to see which schools are helping students grow academically and which ones aren’t, providing an “apples-to-apples” comparison when parents shop for the school that best meets their child’s needs.

In Muskegon Heights, Weatherspoon is using a similar model to charter the entire district. The educational management company hired by the district will manage the schools, while Weatherspoon and the school board focus on eliminating an estimated $12 million debt. Nearly all state aid provided to the district will be used to fund instruction in these new charter schools, instead of being used to finance the debt.

Muskegon Heights parents won’t be able to shop for different schools to the extent those in Detroit can, but these new charter schools — freed from the restrictions of union contracts — will offer a variety of innovative instructional programming to choose from. Weatherspoon is hoping to use a year-round school model and provide each student with laptops and multiple online learning opportunities, so learning won’t stop when the school bell rings each afternoon. If implemented well, these digital learning tools can provide students with highly interactive and personalized instruction that provides educators with real-time assessments to more easily identify learning gaps.

Both Roberts and Weatherspoon are following a plan articulated by Neerav Kingsland, chief strategy officer of New Schools for New Orleans. He challenges urban superintendents to transition from being “reformers” to becoming “relinquishers,” handing power from centralized bureaucracy down to school principals, teachers and parents. The Big Easy unleashed the powers of parental choice, school-level autonomy and competition after Hurricane Katrina, and nearly all signs indicate the city’s kids are better for it.

Critics of these plans in Detroit and Muskegon Heights often decry the lack of “local control.” For example, Steve Cook, president of the Michigan Education Association, the state’s largest government employee union, called Weatherspoon’s plan a “ruthless takeover.” But this criticism ignores the new power of choice and autonomy these emergency managers are providing to parents, teachers and principals. Too often for struggling school districts like Detroit and Muskegon Heights, “local control” meant control by power-hungry superintendents, inept school boards and self-serving union bosses who fought tirelessly for union contracts that served their members first and foremost. The people these districts were supposed to serve — parents and students — had little or no voice at all.

Despite this, politically powerful special-interest groups like school boards and government employee unions will continue to loudly complain about the control they might lose over the school districts they ran into the ground. But we shouldn’t automatically fear the loss of “local control” when emergency managers are appointed.

Of course, there are legitimate risks associated with using emergency managers to fix broken schools. The Legislature and governor must ensure that these state appointees not abuse their power. Nevertheless, it is encouraging to see that the pioneering managers in Detroit and Muskegon Heights are using their power to repurpose those districts for their original intent: serving students and parents.