The Legislature Must Fix Teacher Pensions the Right Way 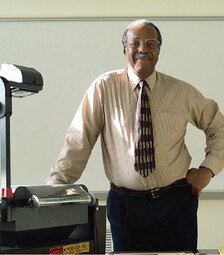 The author gives five recommendations on how to fix the school employees’ pension system in a new policy brief. You can read it at www.mackinac.org/16589.

The Michigan House and Senate each passed bills that make substantial reforms to Michigan’s school employee pension system, the largest government pension fund in the state, but could not come to an agreement last month before breaking for summer vacation. The Senate plan fixes the long-term problem of the pension system while the House plan leaves it unaddressed. Michigan legislators should not let concerns over phantom problems let them miss an opportunity to fix a broken system correctly.

The refusal to adequately prefund pension benefits has been the problem plaguing the retirement system, costing taxpayers and school districts billions while risking the pensions of hundreds of thousands of Michigan residents.

The problem is the long-term underfunding of pensions for more than 444,000 members and retirees. Due to the size of the system, small problems in funding can have huge fiscal consequences for taxpayers. And Michigan’s underfunding has become a large problem — it has only 65 cents for every dollar earned, a $22.4 billion gap.

The Legislature could put every dollar of each Michigander’s income taxes directly into the pension fund and it still wouldn’t be fully funded in three years.

It’s no secret what caused this problem, either. No, it wasn’t overly generous benefits paid to retirees. No, it wasn’t spiking — where employees inflate the salaries used in determining their pension’s value by cashing in on paid leave at the end of their careers. No, it wasn’t the rise of charter public schools and school contracting. All of these have been pointed at by politicians as culprits for underfunding, but these all can be accounted for when calculating the costs to prefund benefits.

The real problem is state politicians. Specifically, it was the decision by state policymakers to use overly optimistic assumptions about investment and payroll growth that lead the state to perennially underfund benefits.

Michigan’s school employee pension fund has been a lemon. Its apparent costs hide its true cost, just like a car that looks good on the outside but needs a lot of maintenance. For new employees in the upcoming school year, the state expects that it will only cost school districts 2.24 percent of an employee’s salary to prefund benefits. But it will cost school districts 16.24 percent of salary to catch up on previous underfunding of benefits.

In effect, this pension system is like a chemical spill. It’s a long-term problem that can take years to clean up. By closing the plan to new members and instead offering them a defined-contribution retirement system, the Senate’s plan contains the problem and will eventually eliminate the state’s ability to rack-up unfunded liabilities.

The House, however, leaves the defined-benefit plan open to new members. Rep. Chuck Moss, R-Birmingham, chair of the House Appropriations Committee, argues that there will be substantial “transition costs” by closing the system. These costs represent a change in accounting schedules for paying down its $22.4 billion funding gap that calls for treating this more like a mortgage, where the costs represent a series of the same dollar payments, rather than the state’s current back loaded policies.

The decision to adopt these new accounting schedules as funding policy is completely optional. If the state thinks its current schedule is appropriate for adequately paying down unfunded liabilities, it can keep it. The House calls for charging school districts to pay for these catch-up costs as a percentage of growing operating expenses, which eliminates these alleged “transition costs.”

Converting to a defined-contribution plan will do a lot to ensure that benefits are paid as they are earned. The refusal to adequately prefund pension benefits has been the problem plaguing the retirement system, costing taxpayers and school districts billions while risking the pensions of hundreds of thousands of Michigan residents. A 2011 Mackinac Center study found that closing the defined-benefit retirement system to new state employees in 1997 has saved taxpayers as much as $4.3 billion in unfunded liabilities.  Legislators have the opportunity do the same with the school employees’ retirement system when they return to Lansing in a few weeks.