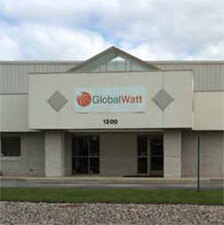 For more information about the failures of Michigan’s economic development gurus to pick winners and losers in the marketplace, please see www.mackinac.org/10901.

(Editor’s note: This is an edited version of a commentary that appeared in Capitol Confidential on Jan. 6, 2012.)

The recent news that Michigan corporate welfare “winner” GlobalWatt was evicted from its Saginaw headquarters for nonpayment of rent is a reminder that even when no taxpayer cash changes hands, government “incentive” programs can hurt real people in a number of ways.

GlobalWatt is a solar energy company that won a state and local government tax break/subsidy deal that could have been worth as much as $42 million had the company met performance milestones. The deal was trumpeted by announcements from the company and Michigan corporate welfare officials of “500 potential Saginaw jobs” at a time when state unemployment was 14.6 percent.

Several solar power companies that were approved for state taxpayer subsidies have either not lived up to expectations or are no longer operating, including Evergreen Solar, Suniva, Energy Conversion Devices and United Solar Ovonics.

The approval of these incentives by state economic development “experts” misled taxpayers, investors, job seekers and local leaders by lending credibility to a business plan that was apparently deeply flawed on many levels. GlobalWatt itself was well aware of this effect, and exploited it.

For example, a company PowerPoint presentation to investors included two references to state backing. A slide titled “Why Solar, Why Today, Why GlobalWatt?” lists “state and local incentives” as one of its four major themes. Another slide reads, “State of Michigan has offered GlobalWatt significant financial incentives to locate its first plant and is fully supporting the company in its fundraising efforts.”

That investor, Ed Rahe of EAC Investment, led a larger group of investors that initially placed $100,000 in the firm.

But Rahe explained to this author how the government incentives were part of his rationale for this investment: “(W)hen I saw Granholm’s picture … my thinking was, golly, $42 million dollars we were getting from the state — we should, we should be taking advantage of that as investors. You know, it’s going to save us $42 million dollars over five years …” [Emphasis added].

In other words, state inducements for GlobalWatt persuaded private investors to risk their dollars on a corporate welfare project that ultimately collapsed; and one in which the Mackinac Center had been an early skeptic. This was not the only time GlobalWatt would use the state’s imprimatur to gull the public.

The training lasted eight hours a day, four days a week for months, but only two were ultimately hired by the company — and even then through a temp agency. They did not actually become GlobalWatt employees. The good news, according to Delta College, is that some found work elsewhere in the area.

To this would-be lawmaker’s credit, he invested only his own money in the firm, not dollars taken from his neighbors. Unfortunately, legislators who vote for corporate welfare handouts, and bureaucrats who hand them out, do just the opposite.

This is not an isolated incident, either. Several solar power companies that were approved for state taxpayer subsidies have either not lived up to expectations or are no longer operating, including Evergreen Solar, Suniva, Energy Conversion Devices and United Solar Ovonics. According to the Bureau of Labor Statistics, about 1,200 solar-energy related jobs were created in Michigan in 2010 — compared to a statewide workforce of about 3.8 million.

Michigan taxpayers can be grateful that the Snyder administration has greatly scaled back Michigan’s entire corporate welfare industrial complex. But until it is eliminated altogether, the special favors and handouts are likely to create more victims, taxpayers among them, who may never even know they’ve been taken for a ride.