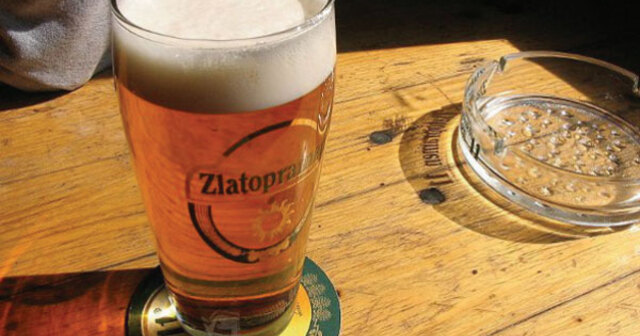 (Editor’s note: This is an edited version of a commentary that appeared in The Detroit News on Dec. 1, 2011.)

As this commentary went to print, Gov. Rick Snyder’s 21-member Liquor Control Advisory Rules Committee had met for the last time to discuss ideas for alcohol control reform in Michigan. They would be wise to think and reform boldly.

Michigan’s laws and rules governing alcohol control have been the playthings of politicians and powerful special interests for decades. They are not as protective of public safety as many believe, and are actually protectionist in many ways. They may also hike the price of consumption 3.0 to 7.8 percent depending on the product.

The most important of these [reform ideas] is our recommendation to strip from lucky state beer and wine wholesalers the privilege of being granted territorial monopolies.

To better measure the relative degree to which Michigan regulates alcohol consumption, the Mackinac Center collected state control codes from all 50 and counted their word lengths. Code verbosity may reflect the degree to which government “controls” alcohol and ultimately affects prices and safety. Michigan’s code is second longest in the Midwest at 74,000 words.

We then constructed a statistical model that took into account the prices of five liquors and a representative six pack of beer in 25 Metropolitan Statistical Areas scattered throughout 18 states plus the District of Columbia, code lengths in those states and whether or not a state was a “control” state.

A control state — like Michigan — is one that buys nearly every drop of hard liquor legally consumed in the state. The model also controlled for other variables that may influence prices, such as a state’s proportion of population that are moderate or heavy drinkers.

Our data set for spirituous liquor included two popular vodkas, two popular rum products and Jack Daniels whiskey. Our beer data included a representative six-pack of 12-ounce Heineken. The data was provided by quarter from 1995 through 2009 by the American Chamber of Commerce Research Association and the Beverage Information Group.

Our statistical output likely shows understated price differentials because law length may be a crude proxy for control. Indiana’s code is almost 24 percent longer by words than Michigan’s, but unlike Michigan it does not impose minimum selling prices, allowing for greater competition. There are key differences between Michigan and Wisconsin, too.

The Badger state doesn’t play liquor wholesaler and its alcohol code does not mandate that suppliers of wine grant territorial monopolies to wholesalers, as does Michigan. Including such nuanced variables in our model might better distinguish the degree to which Michigan regulations needlessly hike the cost of alcohol.

If the higher prices for alcohol in control states actually bought greater public safety, then perhaps neo-prohibitionists would have an argument for keeping the status quo. Research suggests otherwise.

In a working paper titled, “Does State Monopolization of Alcohol Markets Save Lives?” economists John Pulito and Anthony Davies examine control states and license states from 1982 to 2002. They found that states with a lighter regulatory touch — license states, for instance — “generally experience lower alcohol-related traffic fatalities.” Theirs is not the only work to show that greater regulation does not necessarily equal more and better public safety.

The Mackinac Center recently provided the advisory committee a list of 15 substantial reform ideas. Arguably, the most important of these is our recommendation to strip from lucky state beer and wine wholesalers the privilege of being granted territorial monopolies on the sale of their products by beer and wine producers.

Alcohol reforms advanced by the Snyder administration should remove regulatory privileges emblazoned in state law. Many of them advance the interests of narrow special interests while hiking the cost of products to consumers.

Michael D. LaFaive is director of the Morey Fiscal Policy Initiative and Todd Nesbit, Ph.D., an assistant professor of economics at the College of Charleston, is an adjunct scholar with the Mackinac Center for Public Policy, a research and educational institute headquartered in Midland. Mich. Permission to reprint in whole or in part is hereby granted, provided that the author and the Center are properly cited.