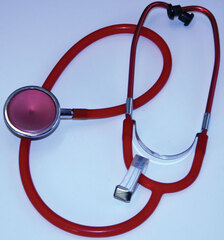 How much information about your health should the government have?

(Editor’s note: A version of this commentary ran in Michigan Capitol Confidential on Oct. 11, 2011.)

Gov. Rick Snyder recently proposed an unprecedented plan to have doctors report the body mass index of individual children into a state database and tracking system (the Michigan Care Improvement Registry). Contrary to the governor’s claim, this is not anonymous reporting.
The records in this database would be accessible not just to doctors and nurses, but also to schools, day care providers and insurance companies — all without parental consent. Specific children could be tracked over time, as could their compliance (or lack thereof) with a doctor’s recommendations.

The scientific and statistical reality of this intrusiveness is impossible to ignore. The data gathered will be spotty and incomplete; Black and Hispanic children will be disproportionately affected; BMI reporting will not decrease childhood obesity; and the community wellness programs this would presumably facilitate do not have a record of decreasing childhood obesity.

Finally, from a purely practical standpoint, the time spent reporting is not insignificant. In a typical office with 10,000 patients in the tracking system, at a rate of one minute per record, a full-time nurse would spend more than one month each year just reporting BMI data.

But all those details pale alongside the deeper ethical issues involved. Gov. Snyder is asking and expecting doctors to violate our Hippocratic Oath. Sadly, in some realms of our society, promises are routinely broken and privacy is passé. Medicine, however, is a calling, comparable in some ways to the clergy. I speak for the vast majority of practicing physicians when I say that our oath to “first do no harm” still means something. Among other things, it creates a duty to protect patient confidentiality, just as the clergy has a duty to protect what is often called the “seal of the confessional.”

Exploiting the privileged, private relationship that patients entrust to their doctor to pursue transient political and governmental purposes would be a serious breach of our oath. Suggesting that government bureaucrats can better manage health decisions than a doctor, patient and family working together reflects a breathtaking arrogance.

Offering doctors government-approved nutrition brochures and posters in exchange for reporting our private data is simply insulting. Any doctor worth his or her salt is already following the American Academy of Pediatrics and American Medical Association recommendations to track BMI and discuss it at routine physical exams. To extrapolate these recommendations into a suggestion that the AAP and AMA endorse this new policy is a misrepresentation of the policies we already adhere to.

“Reinventing Michigan” shouldn’t mean whimsically implementing programs designed under a previous administration or mimicking costly and failed programs from other states. It shouldn’t involve supposed rule changes that actually amount to an executive order that bypasses the Legislature.

Michigan can do better. We should respect evidence-based medicine, rather than embrace fuzzy feel-good concepts. We can respect the confidentiality of the doctor-patient relationship, not compromise it. We can respect the individual right to consent, not obscure it with this system’s tricky “opt-out.” A program that is genuinely excellent can withstand the full legislative process; circumventing that speaks loudly to the poor quality of this program.

The Legislature’s Joint Committee on Administrative Rules should soundly reject this proposed rule change. Governor Snyder should start again from a foundation that is based in evidence, respects the private medical record, respects the right to consent, and follows a full legislative process.

Dr. Megan Edison is a pediatrician in Grand Rapids and vice president of the Michigan chapter of Docs4PatientCare. The Mackinac Center for Public Policy is a research and educational institute headquartered in Midland, Mich. Permission to reprint in whole or in part is hereby granted, provided that the author and the Center are properly cited.