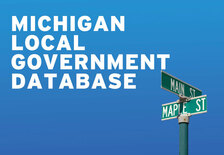 The contracts are available for review at www.mackinac.org/15392.

Union contracts are one of the biggest drivers of the cost of government in Michigan, but the public is rarely — if ever — told what all the terms are, or what the contracts are like for nearby communities. This is why the Mackinac Center has taken the unique step of gathering collective bargaining agreements for all 83 Michigan counties and the state’s 28 largest municipalities (cities and townships) and making them
available online.

Our research shows that collective bargaining under PERA does not serve the public interest.

Research indicates that as much as 80 percent of the cost of government is related to personnel. Government employee compensation and other collective bargaining issues have been at the heart of several statewide debates this year, including the budget, the emergency financial manager law, employee contributions toward health care and teacher tenure rules.

The average resident could probably learn a lot from perusing the contracts in his or her hometown and comparing the terms to those in nearby communities or to the terms that apply in private-sector workplaces, both union and non-union. Generous health care benefits and defined-benefit retirement plans may be attractive to unionized government workers, but they are a burden on taxpayers. Benefit costs for government employees often exceed those found in the private sector. In Michigan, government employee benefits exceed those for comparable private-sector workers by $5.7 billion annually.

The public deserves to know exactly what they are paying for and why. Bringing local government’s benefits back into balance can preserve important government services while opening up the possibility of tax relief for families and employers.

Among the many things our contract database reveals is the sheer complexity of managing government workforces. Perhaps the most striking example is the city of Detroit, where 29 separate contracts cover more than
750 work classifications, including “comfort station matrons,” “aquarists,” “recreation specialists” and “tree artisan helpers.” Detroit’s situation is further complicated by many contracts being out-of-date, some by a decade. This means that job classifications and work rules are less likely to reflect new technology or changes in law or the economy.

Another aspect of collective bargaining that deserves more attention is the extent to which contracts protect government employees from discipline — protection that is probably excessive in many cases. For instance, contracts with police officer unions sometimes include clauses requiring that records of disciplinary violations be removed from employees’ files after several years, or making disciplinary decisions subject to review by private arbitrators, all of which make police departments less accountable to the public. Police deserve our respect for the dangerous work that they do, and a healthy benefit of the doubt when they are accused of misconduct, but in the end officers must be accountable not only to their superiors but also to the public at large, and collective bargaining can block that accountability.

We can anticipate a wide range of reasons why Michiganders would be interested in viewing these contracts, but the best reasons might be the ones we can’t anticipate: local conditions might make an innocuous-looking contract clause a budget-buster; petty political intrigues can create opportunities for payoffs buried in agreements. These are the sorts of things that local residents may sniff out as they look over the products of collective bargaining.

Our research shows that collective bargaining under PERA does not serve the public interest. A lot of municipalities’ fiscal problems result from inflated wages and benefits, and restrictive work rules. The bargaining process is every bit as vulnerable to corruption as any other aspect of government. Sunlight is still the best disinfectant, and this database will help Michigan residents shine a little light on local government in Michigan.