The EPA’s War on Energy 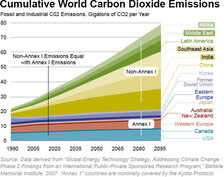 The U.S. Environmental Protection Agency has declared a war on America’s primary sources of energy — particularly coal. The foot soldiers in this war are a bevy of proposed EPA regulations that will drive up the cost of the conventional fuel sources that Americans use to power their factories and heat their homes. Worse, these changes will threaten the reliability of the U.S. power grid, which is essential to our modern way of life.

The EPA’s proposed rulemaking is no longer an interpretation of existing law, but instead has morphed into lawmaking. The previous Congress declined to pass cap-and-trade legislation that would limit total greenhouse gas emissions, probably because they recognized that a de facto energy tax on American consumers and businesses would seriously damage an already anemic economic recovery. Undeterred, President Barack Obama is making good on his threat to use EPA regulations to limit energy production and use.

EPA’s proposed rulemaking is no longer an interpretation of existing law, but instead has morphed into lawmaking.

EPA’s war on energy is a coordinated attack on several fronts:

Any one of these proposed EPA rulemakings would have a significant impact on the cost of energy in the United States. Taken together, they represent an all-out assault on energy production and use. A common thread that runs through the proposed EPA rules is to make it prohibitively expensive to use coal to produce electricity and power industry.

Coal still powers much of the electric grid in the country. Wind and solar energy are not reliable enough (the wind does not always blow and the sun does not always shine) to replace coal without seriously jeopardizing electric reliability.

It is critical that the new Congress stop the EPA’s attempts to dictate energy policy by administrative fiat. State governors should prepare to rebuff the EPA’s abuse of power by instructing state environmental officials not to implement the new regulations if they are promulgated. This “regulation without representation” is an arrogant abuse of power and is a clear attempt by EPA officials to thwart the will of Congress — and of the American people.

Russ Harding is senior environmental analyst at the Mackinac Center for Public Policy, a research and educational institute headquartered in Midland, Mich. Permission to reprint in whole or in part is hereby granted, provided that the author and the Center are properly cited.