GM Bankruptcy: End of the Road or New Super Highway? 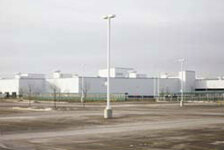 The General Motors Lansing Township Assembly Plant, is shown in this Nov. 22, 2008, photo. GM has announced it will cut nearly 50,000 jobs by the end of the year and close five assembly plants by 2012.
AP Photo / Christopher Morris/VII

General Motors last month filed a report with the federal government indicating the company may go bankrupt. Some will argue GM needs more federal assistance, but the sad, hard truth is this: General Motors would be in healthier shape today had it filed for bankruptcy protection under Chapter 11 statutes in late 2008.

Rather than run through its final cash reserves and consume taxpayers' money for an increasingly indefinite period, a serious restructuring under hard-nosed Chapter 11 proceedings might well have resulted in the company's closing the first quarter of 2009 with renewed hope. Even now, moving rapidly into bankruptcy protection has much to recommend it.

In GM’s circumstances, it behooves the company to focus its remaining critical mass of talent on restructuring the organization so that it can build cars it can sell without subsidies or congressional mandates.

Now we know, for example, that GM's refusal to enter Chapter 11 has cost the company and the nation a fortune: tens of billions of dollars, more layoffs, plant closings, corporate embarrassment, unwanted inventories, desperate discounting programs, and worst of all, the foregone opportunity to focus on meeting the new challenges of a post-recession global auto economy. Nothing on the horizon suggests this downward spiral will change, and taxpayers have less to give as each month passes.

Many firms have entered bankruptcy only to re-emerge strong and profitable. Airlines, steel makers and scores of firms in other industries have used the legal benefits of bankruptcy to help all parties — lenders, suppliers, workers and vendors — get ready to tackle new competitive realities.

Perhaps the greatest single irony is that despite GM's dwindling U.S. market share over the past three decades, the company's most recent years have witnessed an astounding resurgence of car and truck quality, plant and worker productivity, and worldwide marketing savvy and success.

GM, once our nation's largest Blue Chip manufacturing firm, began the first of many three-year restructuring plans in the late 1980s, nearly a decade after foreign automakers proved their mettle in American markets. Prior to the 1980s, Detroit automakers reacted poorly to the changing preferences of their customers, and GM was often missing in action on Washington's counterproductive and debilitating mandates, taxes and regulations — not to mention the government-sanctioned pattern-bargaining by organized labor that resulted in incessant strikes and work stoppages during GM's most vulnerable years.

Better late than never. GM's embrace of Chapter 11 bankruptcy now would still offer the firm enhanced leverage over costs, structure, and most importantly, independence of action. To continue the current course — relying on an overextended government to dole out billions more in fiat money — is no legacy to build on. Redistributing hard-earned income away from distressed workers and retirees elsewhere in the economy destroys their morale and creates a moral hazard by allowing GM to ignore harsh market realities.

This is poor public policy. Congress risks a dangerous economic outlook for years to come with its use of Treasury debt and inflationary Federal Reserve dollars that represent no corresponding output of goods and services. Rather than forcefeed round after round of subsidies to a single firm and artificially sustain jobs that are already doomed, Congress could help taxpayers and GM by encouraging the company to control its own destiny and restore its independence.

In GM's circumstances, it behooves the company to focus its remaining critical mass of talent on restructuring the organization so that it can build cars it can sell without subsidies or congressional mandates. Government funding, in contrast, permits no escape from political direction. The current wave of political correctness will wed GM to building "green" cars, and particularly "electric" cars, regardless of what consumers want, need or can afford. This is not an American future; nor will it ever be compatible with prosperity.

GM's is a painful case, but the company has a new opportunity to lead by example. GM's survival via Chapter 11 protection can be an eloquent lesson for us all, teaching us the long-term consequences of complacency and the virtues of self-reliance, even in bankruptcy.

David L. Littmann is senior economist for the Mackinac Center for Public Policy, a research and educational institute headquartered in Midland, Mich. Permission to reprint in whole or in part is hereby granted, provided that the author and the Center are properly cited.