Water Agreement Not Right for Michigan 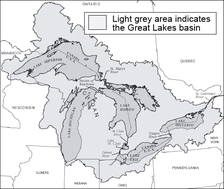 In 2001, the governors of states and premiers of Canadian provinces in the Great Lakes region reached an agreement on a charter for dealing with Great Lakes water issues. In order to be binding, it must be put into statute by each of the seven states and two provinces, as well as the federal government. To date, only Minnesota, Illinois, Ontario and Quebec have done so.

In Michigan, legislation to ratify these amendments has been introduced by Sen. Patty Birkholtz, R-Saugatuck Township. Ratification would be a serious mistake for Michigan for a number of reasons.

It would be bad for this state and bad for the Great Lakes were Michigan lawmakers to ratify Annex 2001 in order to placate the other Great Lakes states.

Under the federal Water Resource Development Act of 1986, the governor of any Great Lakes state has the authority to veto proposed water diversions out of the Great Lakes basin by any other state. Michigan governors of both parties — including Gov. Jim Blanchard and Gov. John Engler — took advantage of this veto power to deny proposed diversion projects.

This has caused tension with other Great Lakes states, which unlike Michigan are not entirely within the basin. For example, while the governors of Ohio or Indiana certainly would oppose diverting water to non-Great Lakes states, they may well support diversions to areas that are in their state but outside of the basin. These other states have claimed at times that Michigan is "hypocritical" for denying the use of water to out-of- basin communities in their states while allowing access to water by communities, utilities and businesses anywhere in Michigan.

In part due to this criticism, and also because of speculation that has been voiced by some that the Water Resource Development Act might not be legally enforceable under international water law, Michigan agreed to work with the other states in drafting an updated water agreement in the form of Annex 2001. Framers of this document sought to address the alleged legal shortcomings of WRDA by holding users of water within the Great Lakes basin to the same standards as potential users from outside the basin.

That would be bad news for Michigan. Specifically, Annex 2001 should not be ratified by Michigan because:

It would be bad for this state and bad for the Great Lakes were Michigan lawmakers to ratify Annex 2001 in order to placate the other Great Lakes states or because of speculation regarding the legal status of WRDA. The veto power our governor enjoys under current federal law has served this state well. To trade for a majority vote by other governors is clearly not in the best interest of Michigan.

In addition, it would be folly for a state in the midst of a severe and sustained economic downturn to give as a hostage to competitors one of the few comparative advantages Michigan still enjoys — an abundance of constantly replenished fresh water, which is vital to so many forms of commerce.

Russ Harding is former director of the Michigan Department of Environmental Quality and currently director of the Property Rights Network at the Mackinac Center for Public Policy, a research and educational institute headquartered in Midland, Mich. Permission to reprint in whole or in part is hereby granted, provided that the author and the Center are properly cited.