Intermediate School Districts: Innovations that are Past Their Prime 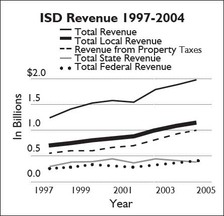 To hear policymakers and school officials talk, you might think that intermediate school districts are creatures of a recent innovation, offering the promise of cost savings through shared services and improvement through collaborative effort. ISDs are, in fact, an education governance innovation of the early 1960s, a model that should be replaced with pioneering reforms being implemented in other states.

Evolving from county superintendents instituted in the 1860s and countywide school districts created in the late 1940s, ISDs were intended to assist local schools with auditing, provide access to specialized equipment, settle boundary disputes, liaise with the state education department and provide some specialized services, such as vocational-technical centers and special education support.

A far more substantive reform would be for Michigan to join a cadre of states that provide specialized services by giving parents greater options.

Last year — some 45 years after their establishment — ISDs had combined total budgets of about $2.3 billion. They employed more than 20,000 people statewide and maintained a fleet of more than 700 motor vehicles — not including leases or buses. Revenues from the six possible local property taxes that the 57 ISDs can levy have increased every year, as have federal monies in most years and — in some years — state subsidies (see graphic).

Despite significant enhancements to their more humble beginnings, ISDs appear to serve the same general purposes as they did in the 1960s. Since then, however, technological advances have improved accounting, reporting and communication between a once-distant state education department and school districts from Marquette to Monroe. Such advances have led to Web-based training and resource sharing. Cutting-edge schools run effective school-based — rather than regionally based — research-driven professional development programs that have contributed to some of the best student achievement results in the country.

These innovations have not reduced ISDs’ roles in Michigan. Rather, in the face of such technological innovations, many politicians want to expand ISDs, ironically with tasks that ISDs were apparently intended to perform in the first place, such as facilitating the sharing of resources and services.

Some argue that ISDs fill a niche in the areas of special and vocational education services. However, many of these services are offered by other entities — such as local districts and community colleges — and other services could be offered in inventive and more efficient ways.

Still others argue that ISDs should be helping local districts collaborate. But ISDs appear to be woefully behind in helping local districts, for example, implement data systems to improve student performance, a practice that has been employed for years by high-performing schools around the country. Of the 30 ISDs that said in a Michigan Association of Intermediate School Administrators survey that they were developing a "data warehouse," about 46 percent had "partially" or "fully" implemented this. Of those, only three ISDs reported that data is "integral" to improving schools in their districts. Tellingly, a survey conducted in 1966 found that 46 percent of ISDs were providing "data processing" services — exactly the same percentage as 2007.

If Michiganians are satisfied with incremental improvements, we could start reforming ISDs by adjusting current policies. For instance, ISD board members would face greater accountability if they were directly elected by voters rather than appointed by local school boards. Another reform would be to require ISDs to disclose more detailed financial data in their annual reports, including information on how ISDs are spending property tax revenues for operations and capital projects.

A far more substantive reform would be for Michigan to join a cadre of states that provide specialized services by giving parents greater options. Doing so would improve the quality of services, save money and increase parental satisfaction.

If policymakers and residents are truly interested in improving public schools, we could bring our education system into the 21st century by moving beyond psychedelic-era "innovations" and instituting policies that would save money and allow all parents — including those who currently receive services from ISDs — to choose a school based on their children’s unique needs.

Ryan S. Olson, D.Phil., is director of education policy for the Mackinac Center for Public Policy, a research and educational institute headquartered in Midland, Mich. Permission to reprint in whole or in part is hereby granted, provided that the author and the Center are properly cited.