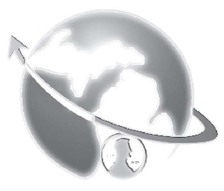 Michigan policymakers should exclude the “Executive Budget Appendix on Tax Credits, Deductions and Exemptions” from their summer reading list.

"The $112 million in loopholes recommended for elimination by the Governor would go a long way towards balancing the budget without sacrificing critical services to the poorest of the poor. There are 170 tax expenditures in Michigan’s tax code that cost taxpayers over $29 billion a year."

The above statement cites one of the most malicious documents produced by state government: the Michigan Department of Treasury’s annual "Executive Budget Appendix on Tax Credits, Deductions and Exemptions." Rather than a tally of taxpayer "costs," the document is in fact a listing of where residents are being spared major tax increases. Under truth-in-advertising guidelines, this report should be renamed the "Tax Hiker’s Shopping Guide." An example of its damaging impact can be found on page 49 of the 2007 edition, which contains many of the items on the governor’s recent proposal for an unprecedented $1.5 billion tax on services.

If state lawmakers and the governor consider Michiganians more than mere cash cows, they should stop reading the “Tax Hiker’s Shopping Guide”...

The "Tax Hiker’s Shopping Guide" talks about taxpayers keeping their own money as if it’s an example of pork-barrel spending. A reader can quickly forget who earned the money in the first place when reading it:

"Tax expenditures can be defined broadly as the tax revenue foregone as a result of preferential provisions such as credits, deductions, exemptions, deferrals, exclusions or lower tax rates. These provisions are tax expenditures because, like appropriations, they allocate resources for specific public purposes, but do so through the tax system rather than the expenditure system. For economic purposes, it makes no difference whether a policy objective is pursued through direct spending or through the tax code."

In other words, the "economic purpose" of your money is to accomplish what state government wants to do. Whether this happens by way of you spending the money or the government doing it for you is a mere detail.

The document represents an audacious government wish list. While it included about $29 billion in potential tax hikes when the governor spoke of it in 2005, the 2007 version contains just over $31 billion — enough to more than double the annual amount of money taken from Michigan residents.

First created in 1979, the report states that getting politicians to consider tax hikes is its reason for existence: "It is designed to aid policymakers in evaluating the efficiency, effectiveness, and relative importance of each tax expenditure."

Mission accomplished: The governor seriously promoted — and the Legislature seriously considered — imposing a $1.5 billion service excise tax this year. Fortunately, Michigan taxpayers were far less enthusiastic about it and the service tax — which would have cost an estimated 19,000 jobs in its first 18 months of existence — appears to be tabled.

The rest of the avaricious list details a tax increase idea for nearly every economic transaction:

This is not an exhaustive list. Other examples of state coveting are detailed in plots to tax charities, education, the federal government and much more. The mere existence of such a report creates the clear impression that Michigan’s political class views the private wealth of taxpayers as its personal piggy bank. If state lawmakers and the governor consider Michiganians more than mere cash cows, they should stop reading the "Tax Hiker’s Shopping Guide" and get to work on abolishing it.

Kenneth M. Braun is a policy analyst specializing in fiscal and budgetary issues for the Mackinac Center for Public Policy, a research and educational institute headquartered in Midland, Mich. Permission to reprint in whole or in part is hereby granted, provided that the author and the Center are properly cited.