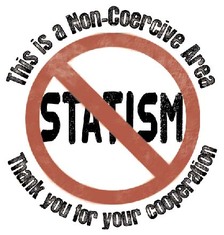 I walked into a restaurant in Florida recently and said, "Nonsmoking table for two, please." The greeter replied, "All restaurants in Florida are nonsmoking by law."

I thought, "Good! Not a whiff of a cigarette. I like that!" Briefly, I took pleasure in government trampling on the liberties of consenting adults in a private setting.

Perhaps, I thought, it wasn’t wrong for government to prevent one person from imposing a harmful externality on an unwilling other. But then I realized no one compelled me to enter the place and the restaurant belonged neither to me nor to the government. In a free society, a private owner who wants to allow some people in his establishment to smoke has as much right to permit it as you or I have to go elsewhere. Moreover, no one has a right to compel another citizen to provide him with a smoke-free restaurant.

Liberty is more often eaten away one small bite at a time than by one big gulp.

This statist impulse is a knee-jerk preference for deploying the force of the state (government) to achieve some benefit — real or imagined, for one’s self or others — in place of voluntary alternatives such as persuasion, education or free choice. If people saw the options in such stark terms, or if they realized the slippery slope they’re on when they endorse such interventions, support for resolving matters through force would likely diminish. The problem is, they frequently fail to equate intervention with force. But that is precisely what’s involved. The state government in Florida did not request that restaurants forbid smoking; it ordered them to.

I tried this reasoning on some friends. Here’s how some typical attitudes were expressed:

Delusion: "It’s not really ‘force’ if a majority of citizens support it."

Paternalism: "Force was a positive thing because it was for your own good."

Dependency: "If government won’t do it, who will?"

Myopia: "You’re making a mountain out of a molehill. How can banning smoking in restaurants possibly be a threat to liberty? If it is, it’s so minor that it doesn’t matter."

Impatience: "I don’t want to wait until my favorite restaurant gets around to banning it on its own."

Power lust: "Restaurants that won’t keep smoke out have to be told to do it."

Self-absorption: "I just don’t care. I hate smoke and I don’t want to chance smelling it even if a restaurant owner puts the smokers in their own section."

If there’s one thing we must learn from the history of regimes, it is that if you give them an inch they eventually will take a mile. Liberty is more often eaten away one small bite at a time than by one big gulp. It’s wiser to resist its erosion in small things than to concede and hope that bigger battles can be avoided later.

Delusion, paternalism, dependency, myopia, impatience, power lust and self-absorption: All are vestiges of infantile thinking. As babies, our understanding of how the world works is half-baked at best. We expect others to provide for us and don’t much care how they get what they give us. And we want it now.

We consider ourselves "adults" when we learn there are boundaries beyond which our behavior should not tread; when we think of the long-run and all people instead of just ourselves and the here-and-now; when we leave others alone unless they threaten us; and when we embrace personal responsibility.

Yet, demands to utilize government to "do something" are everywhere. Tax the other guy because he has more than me. Give me a tariff so I can be relieved of foreign competition. Subsidize my college education. Swipe that property so I can put a hotel on it. Fix this or that problem for me, and fix it pronto. Tell that guy who owns a restaurant that he can’t serve smokers.

Has America become a giant nursery, full of screaming babies who see the state as their loving nanny? It makes me want to say, "Grow up!"

Societies rise or fall depending on how civil its citizens are. The more they associate voluntarily, the safer and more prosperous they are. The more they rely on force — legal or not — the more pliant they are in the hands of demagogues and tyrants. So resisting the statist impulse is no trivial issue. It is nothing less than the adult thing to do.