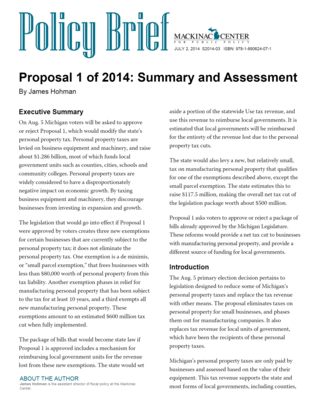 Proposal 1 of 2014:
Summary and Assessment

The state would also levy a new, but relatively small, tax on manufacturing personal property that qualifies for one of the exemptions described above, except the small parcel exemption. The state estimates this to raise $117.5 million, making the overall net tax cut of the legislation package worth about $500 million.