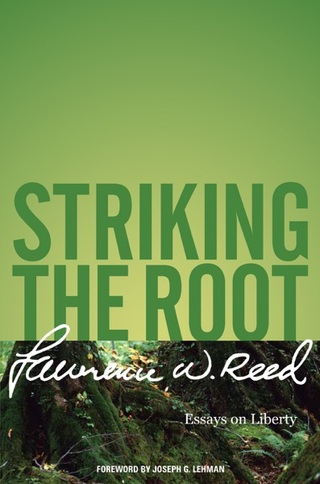 “There are a thousand hacking at the branches of evil to one who is striking at the root,” wrote Henry David Thoreau.

In this volume, Lawrence W. Reed identifies the root of many of America’s evils today: a failure to recognize that government rests on the use of force. This fundamental feature of government may be a boon when used to protect our individual freedoms, but it is a bane when used to diminish these freedoms in pursuit of a political faction’s idea of a good cause.

Although he has no radio show or nationally syndicated column, Reed, president of the Mackinac Center for Public Policy in Michigan, is one of the most quietly influential people in the American freedom movement today. It is fitting, then, that this volume draws primarily on his past columns for The Freeman, an unpretentious magazine with a resonant voice that has reached some of America’s most prominent people, including a onetime presidential hopeful named Ronald Reagan. In that tradition of plain speaking, Reed demonstrates that the clarion call of liberty will always find an audience, even in a world clamoring for chains.