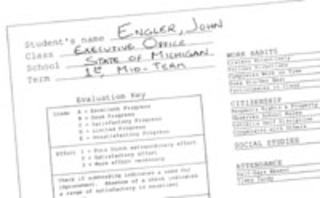 The Engler Administration: A Mid-Term Review

January 1993 marked the half-way point of Governor John Engler's first term. In this review of the Engler administration, the Mackinac Center notes, "While the nation opts for change in one direction, progress in another is taking place here under the leadership of Governor Engler toward putting government in its proper (read: smaller) place." The report cites the strengths and weaknesses of the administration and concludes by assigning Governor Engler an overall grade of "A-." In addition, several new initiatives are suggested for 1993 and 1994 including civil service reform, property tax cuts, budget reductions, and privatization. 8 pages.