We request that any changes in the number of persons attending be made by Friday, Oct. 15, 2010. 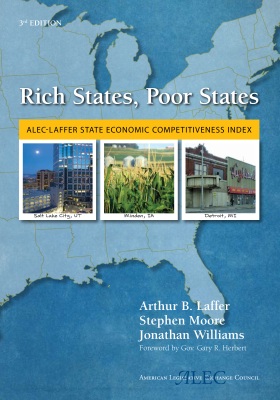 There is no charge for this event, but advance registration is requested by October 15, 2010. You may register by calling the Mackinac Center at (989) 631-0900 or you may register online.

Jonathan Williams is the director of the Tax and Fiscal Policy Task Force for the American Legislative Exchange Council (ALEC), where he works with state legislators and the private sector to develop free market fiscal policy solutions in the states.

Prior to joining ALEC, Williams served as staff economist at the non-partisan Tax Foundation, authoring numerous tax policy studies. His work has been featured in many publications, including The Wall Street Journal, The Los Angeles Times, Forbes, and Investor’s Business Daily. Williams has been a contributing author to the Reason Foundation’s Annual Privatization Report and has written for the Ash Institute at the Kennedy School of Government at Harvard. He is also a contributor to The Examiner (Washington, D.C.) and serves as an adjunct fiscal policy fellow at the Kansas Policy Institute.