When unconstrained by price controls and regulatory mandates, competition in energy supply has delivered benefits to Michigan. Capacity needs vary across the state, which argues against a sweeping legislative response. In fact, the most direct way to expand generating capacity is to make the state more attractive for energy investment. Costly new regulation and restrictions on competition in electricity supply would actually harm rather than benefit Michigan consumers and the businesses that employ them. 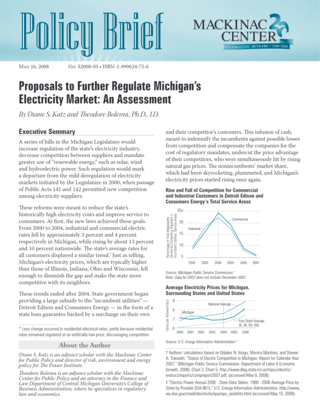