The Right-to-Work Advantage in Economic Growth: A Look at Past Performance

Right-to-work states have generally had higher economic growth than compulsory unionism states, which can be seen through historical trends in key metrics such as unemployment rate, employment growth, state GDP growth and interstate migration. 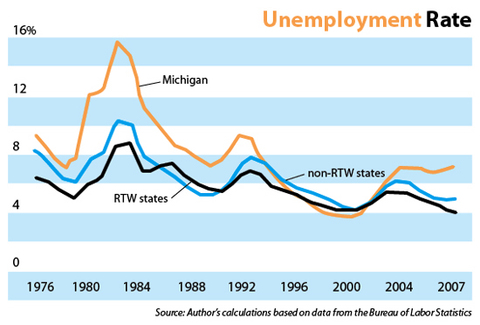 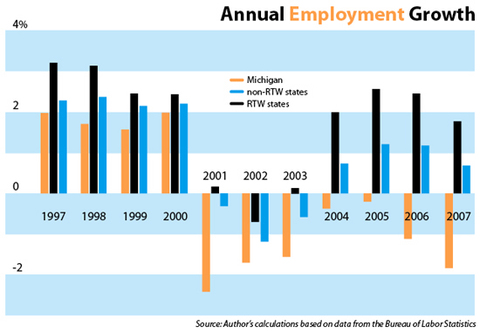 Have the positive effects of right-to-work laws become enhanced in recent years? If nothing else, employment trends indicate they have. Here’s another indicator: 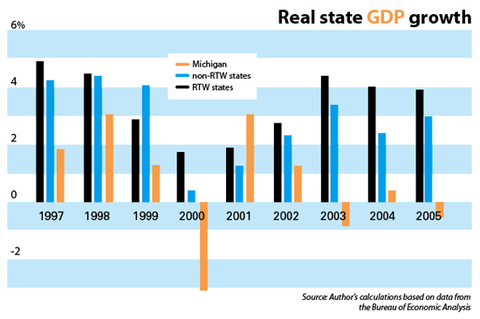 Real state gross domestic product, one of the broadest measures of economic well being, is the inflation-adjusted value of all goods and services produced in a state. Again we see that right-to-work states were more robust during the 2001 recession and that the gap between them and non-right-to-work states increased afterwards. 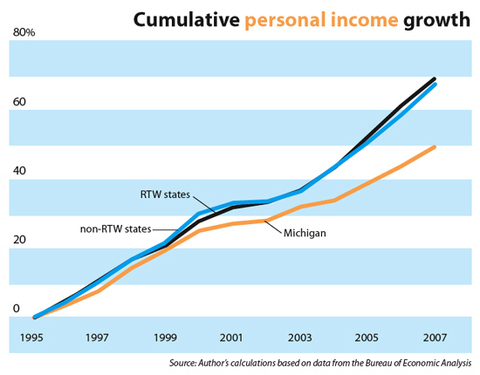 Sticking with the population theme, there are a couple ways to grow population. One is a so-called natural increase — more births in a state than funerals. Another is through immigration. The last is through internal migration. In economics, there is what is called the Tiebout-Tullock hypothesis, or basically, that if you don’t like the policies or economy of your state, you’re going to vote with your feet. Internal migration is a key indicator for where people find economic opportunity.

While IRS data is the standard for migration research, it offers significant lags in publishing. United Van Lines data, on the other hand, is available from the company shortly after year-end and also at mid-year. There is a strong correlation, however, between the two datasets. 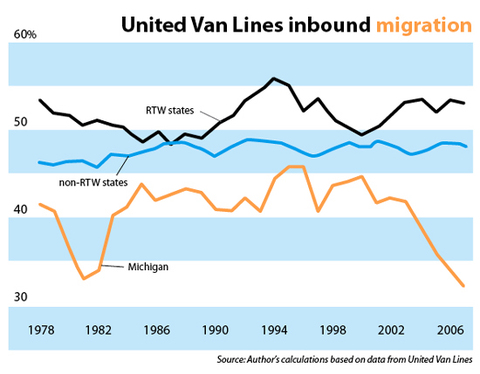 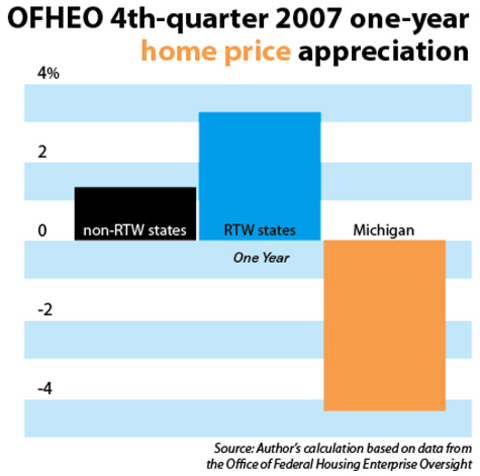 The Office of Federal Housing Enterprise Oversight publishes an index of housing prices for each state. Housing is important because home values are very sensitive to economic trends. They may also be a leading indicator for recessions. Homes tend to be the largest investment a household will make, and fluctuations in housing prices have a large impact on a family’s net worth.

Housing trends overall stagnated in 2007. However, it should be noted that there were many states where home prices increased. California, for instance, decreased 6.65 percent while Utah gained 9.27 percent. Overall, 41 states grew and nine declined. As you can see by the chart above, right-to-work states have been robust against housing slumps that have hit places like Michigan.

In the key metrics of economic growth, right-to-work states have a distinct advantage when it comes to unemployment rates, income growth, population increases and jobs.

James M. Hohman is a fiscal policy research assistant at the Mackinac Center for Public Policy, a research and educational institute headquartered in Midland, Mich. Permission to reprint in whole or in part is hereby granted, provided that the author and the Center are properly cited.