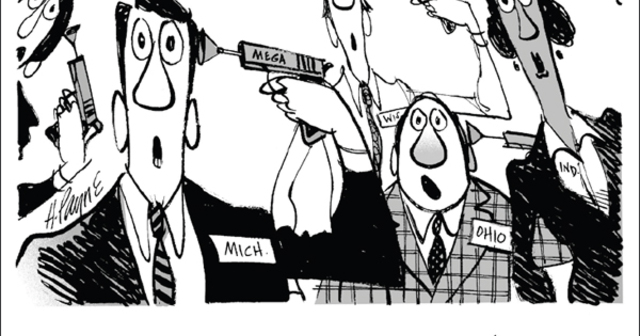 Targeted Tax Breaks: “How’s That Working for You?”

The Mackinac Center has done extensive research on the effects and impact of targeted tax breaks and subsidies as an economic development tool. What we’ve learned is: they don’t do what their proponents say they do; they’re unfair to firms that don’t get the special treatment; and they probably make it easier for legislators to avoid enacting the kind of reforms that really do improve a state’s economy.

The Michigan Economic Growth Authority (MEGA) is considered the state’s "flagship" economic development program. It selects particular firms for SBT breaks, but its credits are usually part of a raft of other tax breaks, and these packages can get pretty rich.

In 2005, the Mackinac Center performed a rigorous econometric analysis of MEGA’s results over 10 years. We found that it had no impact on either employment or the unemployment rate. Neither did it have an impact on per-capita personal income statewide, or in counties where firms who got the tax breaks are located. For every $123,000 in MEGA tax incentives offered, only one construction job was created — and those jobs lasted less than two years. Not one county hosting a MEGA company did better than those without MEGA recipients in income or employment.

Actually, we shouldn’t be surprised that MEGA doesn’t work. Michigan has been doing a lot of this sort of thing since 1947, when Gov. Kim Sigler created a Department of Economic Development. Every governor since has expanded the activity with their own pet programs. If this approach did work, Michigan’s economy would be the wonder of the world rather than a basket case.

The idea of targeted incentives seems plausible, so why doesn’t it work? The answer is that our economy is bigger and far more dynamic than any group of central planners can possibly comprehend or manage. Specific census numbers put this in perspective: In 2002, the last year of complete data, 587,361 jobs were created in Michigan, and 591,696 disappeared. In contrast, an honest tabulation of the jobs attributable to MEGA credits over 10 years is at best 13,541 jobs, or 2.3 percent of a single year’s worth of job creation in this state (actually less, because not all those credits were claimed). Another stark contrast: MEGA gave out incentives to only 27 of 21,185 new business establishments in 2002.

The magnitude of those job churn numbers is typical of the entire U.S. economy, which is dynamic, not static. They highlight all the silly and irrelevant press releases from the governor and legislators that announce 20 jobs here and 200 jobs there thanks to these special favors.

Perhaps the most damaging aspect of targeted incentive programs is that by letting politicians take credit for jobs provided by particular beneficiaries, they make it easier for themselves to avoid doing the harder but more fruitful work of fixing this state’s punishing tax, regulatory and labor climate. Had they done that real work in the past, nothing would have prevented Michigan from netting its share of the 6.8 million new jobs created in this country since 2003. There are no press releases or ribbon "un-cutting" ceremonies for the countless new business start-ups that were stillborn because of a punishing business climate, or were created elsewhere.

Those job churn numbers emphasize what a tremendous difference it would make if Lansing adopted significant business climate improvements. If reforms caused just a 5 percent change in new total job creation here, it would mean almost 30,000 new jobs each year. Had they done so back in 1995 instead of creating MEGA, that 5 percent annual gain would have meant 300,000 more jobs in this state, rather than the paltry 13,541 attributable to MEGA in its first 10 years.

Notwithstanding all of the above, whenever this information is presented to local or state officials, they always point to particular firms that would not have located here "but for" targeted preferential treatment. Also, they claim that since most other states do something similar, abandoning this approach would amount to "unilateral disarmament." But annual employment turnover figures like those described for Michigan are the same everywhere in this country and show that targeted incentives is a sucker’s game wherever it’s played.

Given Michigan’s sustained record as the state with the highest unemployment, lowest job creation, falling personal income and declining population, the claims by officials that we can’t survive without those incentives begin to sound like an addict defending his habit. As TV’s "Dr. Phil" suggestively asks when a troubled individual is trying to rationalize some obviously dysfunctional form of behavior, "How’s that working for you?"

Jack McHugh is a legislative analyst for the Mackinac Center for Public Policy, a research and educational institute headquartered in Midland, Mich. Permission to reprint in whole or in part is hereby granted, provided that the author and the Center are properly cited.