In 2003 Michigan’s multi-modal transportation system moved approximately 670 million tons of freight with an estimated value exceeding $1 trillion, with 70 percent of that weight moving by truck.[68] Looking just at the truck mode, 40 percent of that tonnage moves wholly internally within the state, with 53 percent moving into or out of the state, and just 7 percent moving through Michigan with no origin or destination in-state.

Figures 12 and 13 visually portray the expected changes in truck average daily traffic between 1998 and 2020 in various areas of the state.[69] 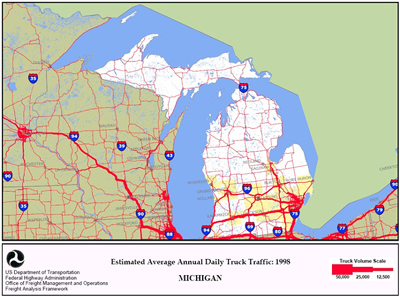 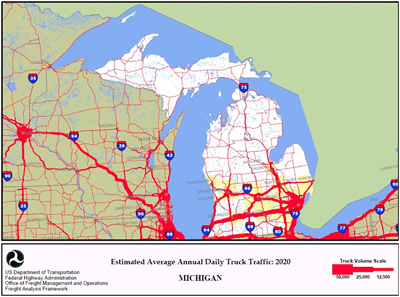