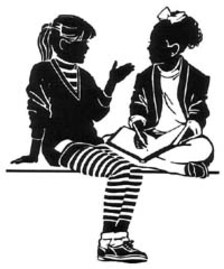 In an era in which the growth in United States productivity shrinks relative to countries like Japan, Germany, and South Korea, while the number of Wayne County individuals who are incarcerated rises, when the future seems irretrievably lost to crime, drugs and despair, many of Detroit's leaders rightly focus their attention on education.

The Detroit Strategic Planning Project's Report sees the city as "the stage for humanity's greatest failures and most persistent inhumanity." [1] While acknowledging Detroit's past success, the report suggests that "massive and intractable concentrations of poverty, hopelessness, crime, disease, and untimely death" are at least part of Detroit's story. [2]

Turning to education, the report states that "we must retool Detroit's educational system for the new era, believing that every child should have the opportunity to succeed."

Beneath the headlines, researchers and commentators both locally and nationally point to a society considerably less homogeneous in terms of values, religion and race. Historically, professional educators and school boards have supported the myth that a single common school system would prove adequate even in an era of "pluralism of cultures, viewpoints and talents." [4] When confronted with the incontrovertible evidence of the failure of the common school system in Boston, New York, Chicago, and Detroit, a common refrain ensues. The professional administrators and educational leaders claim that 1) increased educational expenditures, 2) improved teacher/pupil ratios, and 3) increased teacher salaries will solve the problems. Let's examine these claims by looking at Detroit's private and public schools.