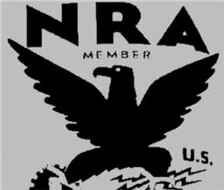 TO MANY AMERICANS, the National Recovery Administration’s bureaucracy and mind-numbing regulations became known as the “National Run Around.”

Franklin Delano Roosevelt won the 1932 presidential election in a landslide, collecting 472 electoral votes to just 59 for the incumbent Herbert Hoover. The platform of the Democratic Party, whose ticket Roosevelt headed, declared, "We believe that a party platform is a covenant with the people to be faithfully kept by the party entrusted with power." It called for a 25 percent reduction in federal spending, a balanced federal budget, a sound gold currency "to be preserved at all hazards," the removal of government from areas that belonged more appropriately to private enterprise and an end to the "extravagance" of Hoover's farm programs. This is what candidate Roosevelt promised, but it bears no resemblance to what President Roosevelt actually delivered.

Washington was rife with both fear and optimism as Roosevelt was sworn in on March 4, 1933 — fear that the economy might not recover and optimism that the new and assertive president just might make a difference. Humorist Will Rogers captured the popular feeling toward FDR as he assembled the new administration: "The whole country is with him, just so he does something. If he burned down the Capitol, we would all cheer and say, well, we at least got a fire started anyhow."[16]