Phase I: The Business Cycle 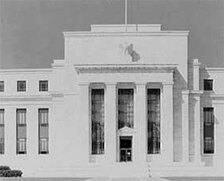 PEOPLE WHO ARGUE that the free-market economy collapsed of its own weight in the 1930s seem utterly unaware of the critical role played by the Federal Reserve System’s gross mismanagement of money and credit.
Library of Congress

The Great Depression was not the country’s first depression, though it proved to be the longest. Several others preceded it.

A common thread woven through all of those earlier debacles was disastrous intervention by government, often in the form of political mismanagement of the money and credit supply. None of these depressions, however, lasted more than four years and most of them were over in two. The calamity that began in 1929 lasted at least three times longer than any of the country’s previous depressions because the government compounded its initial errors with a series of additional and harmful interventions.