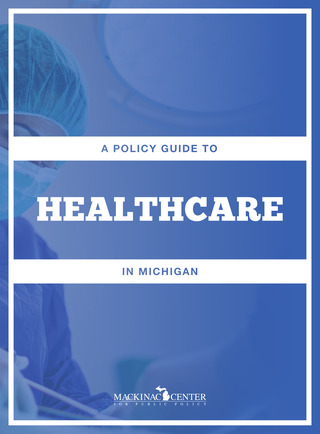 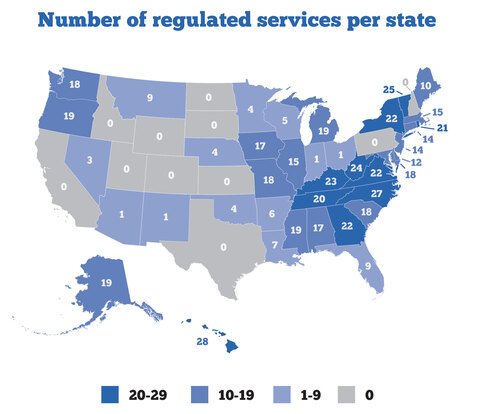 Congress repealed the act in 1986, after CON laws failed to achieve their stated goals. Since then, a dozen states, representing roughly 40% of the American people, have fully repealed their CON laws. But 38 states and the District of Columbia maintain CON laws or similar restrictions.

There is no uniformity to the way that states with CON laws use them. Some states have just one regulated system, but others have upwards of 40. Some laws apply only in urban areas and exempt rural areas. The fact that these laws vary from state to state — some have no laws while others have dozens — indicates that they are less about public safety and controlling costs and more about restricting much-needed competitive forces.

A national review of 39 CON jurisdictions found no “rhyme or reason to what services require a CON.” This finding, it concluded, “strongly suggests that CONs are driven less by the government’s perception of what will improve patient health and more by lobbying efforts of powerful insider groups within each state.”

Decades of research has found that CON laws reduce access to care, decrease health care quality and increase costs. Left- and right-leaning groups, the American Medical Association, the Federal Trade Commission and the Department of Justice recognize the harmful effects of CON laws and have called for their elimination. Thus far, 12 states have completely repealed their CON laws, three states administer limited versions, and another two dozen or so have fewer CON regulations than Michigan.

As recently as 2015, the Federal Trade Commission and the antitrust division of the U.S. Department of Justice wrote in a joint statement that “CON laws can prevent the efficient functioning of health care markets in several ways that may undermine” the “goals of reducing health care costs and improving access to care.” The FTC has advocated against CON laws for decades “because they prevent health care providers from responding quickly to meet market demand.”

The COVID-19 pandemic highlighted the problem of CON laws. That’s why early on, at least 25 jurisdictions, including Michigan, suspended or loosened their CON requirements to meet changing market demands and medical needs. As a result of those actions, patients – both COVID and non-COVID – benefited. Research from the Mercatus Center at George Mason University found that “states without CON laws between mid-March and late June 2020 had fewer hospital deaths than states with CON laws and that more than half of these lives saved were non-COVID patients.”

In Michigan, an 11-person CON commission oversees the CON review standards, which are used to approve or deny various CON applications. The members, who are subject to Senate confirmation, develop, approve, disapprove or revise the standards. By law, the members must be representatives of existing hospitals, health care professionals, employers (some self-insured, others, not) and labor unions. This makeup creates an ongoing conflict of interest between existing providers and new ones who must get approval from their competitors before adding additional bed capacity, technologies, facilities, and emergency transportation services. No one on the commission represents consumers. As a result, consumer needs sometimes go unmet.

Despite a need for more psychiatric beds, for example, a proposed 60-bed expansion for adult in-patient psychiatric beds at Pine Rest Christian Mental Health Services was denied in April 2021. According to a 2018 workgroup report from the Michigan Department of Health and Human Services, the total number of community-based inpatient psychiatric beds has fallen by nearly 30% for adults and over 60% for children since 1993. Patients with mental illnesses may not receive care when they need it and have to wait longer in emergency rooms or, in some cases, even jail cells.

The threat of additional CON regulations persists. The CON Commission proposed regulations to limit the number of hospitals that could perform a cancer treatment therapy known as CAR T-cell cancer treatment, which uses a patient’s immune cells to fight cancer. The Michigan Legislature rejected these new regulations in October 2019. 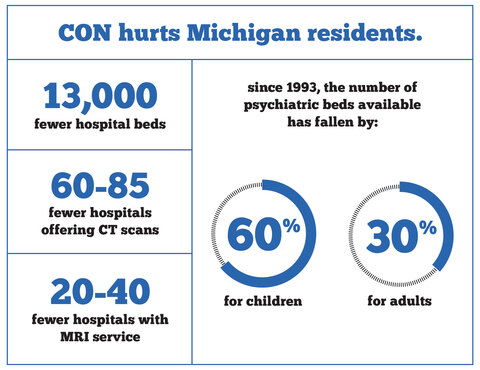 Ultimately, Michigan should work to fully repeal all its CON laws. Given the entrenched interests in doing so, this might be difficult to do outright.

There are other options for reforming Michigan’s CON laws. Michigan could consider partially repealing regulations on certain services or technologies, or phase them out over time with automatic sunsets. Rejecting new regulations, like those proposed on CAR T-cell cancer treatments, is also key.

As patients continue to return to in-person care and treatments and vaccines are approved to curtail the spread of COVID-19, health care professionals and health facilities will need to respond to patient demand. Michigan CON laws stand in the way of providing the necessary beds and services.