As water spins the turbine in hydroelectric generation, wind spins the blades on a wind turbine, which in turn spins a generator within the turbine housing — also called a nacelle — to produce electricity. Wind turbines come in a mix of sizes, shapes and generation capacities. The U.S. Department of Energy and Lawrence Berkeley National Laboratory reports that the average hub height of newly installed wind turbines in the U.S. in 2017 was 282 feet. The average rotor diameter of those newly installed turbines was 370 feet.[16] Together, they would give these new turbines an average total height of about 468 feet. 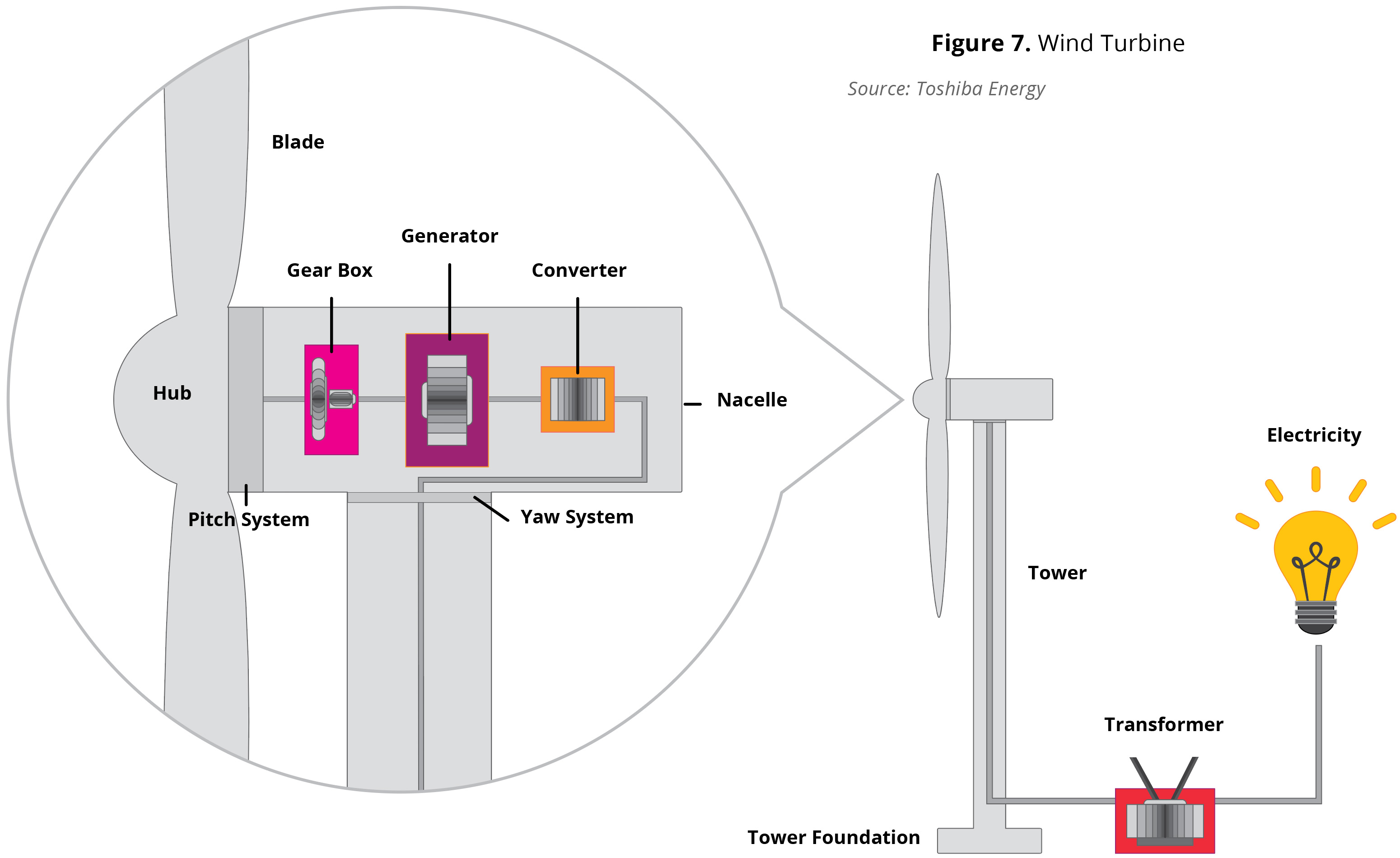 As one specific example of the technology, the Vestas V90, a widely used turbine model, has a 2.0 to 2.2 MW maximum capacity, a 295-foot rotor diameter, and sits atop of a tower that is between 262 to 344 feet — for a total height of as much as 492 feet.[17] This is roughly the height of a 40-story building. To provide some contrast, the Statue of Liberty is 305 feet, about two-thirds the height of the taller Vestas V90 installations.

As wind power development expands, larger turbines on taller towers are being used. A 2015 Iowa news article described a 554-foot tall turbine — a 377 foot tall tower paired with a 177 foot blade — that is almost as tall as the Washington Monument, which is 555 feet tall.[18] Another massive turbine was installed at Texas A&M University in May 2018 that had a blade tip height of 654 feet.[19]