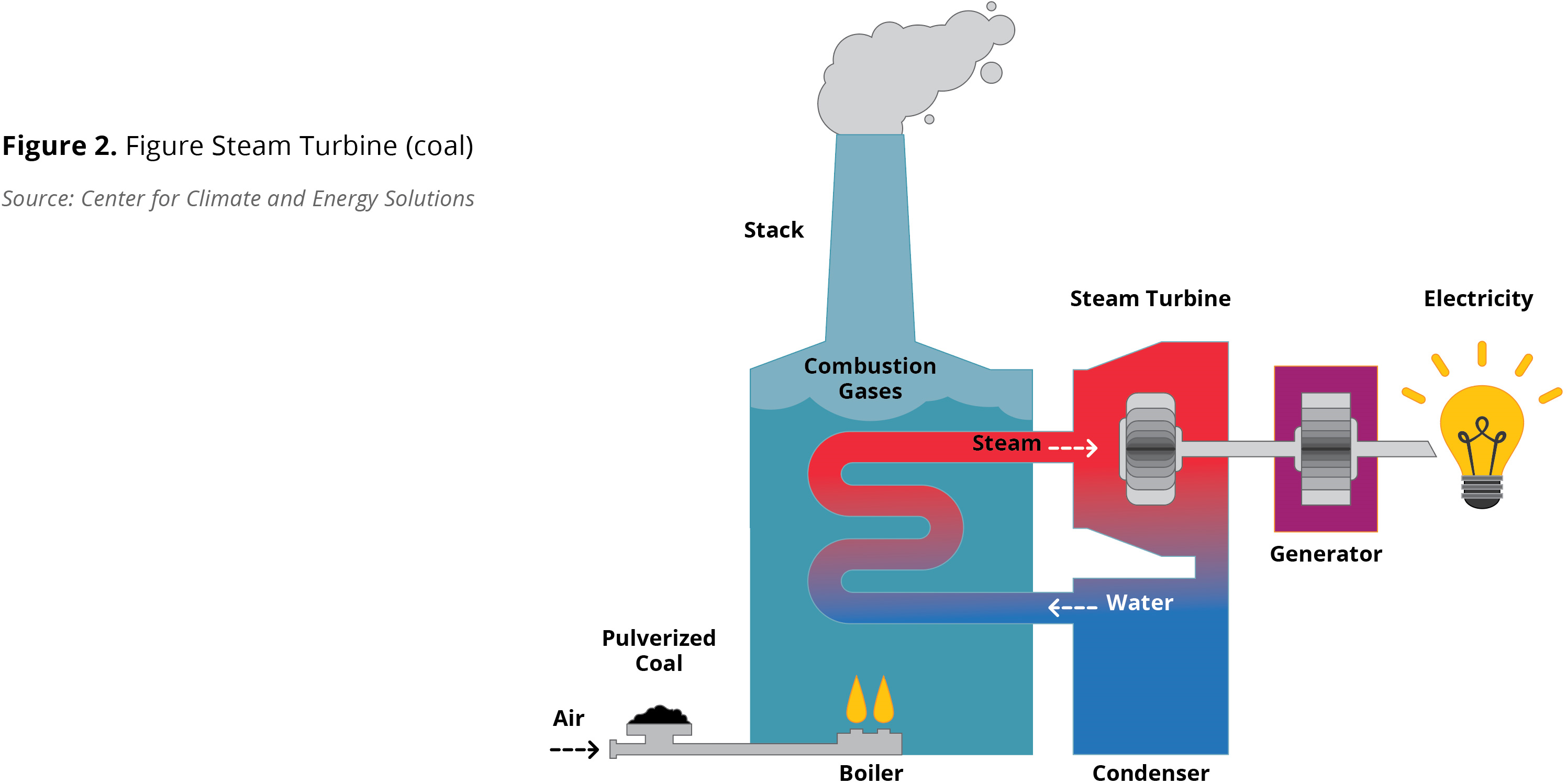 Due to the fact that they use fuel to drive a single turbine, they are less efficient than combined cycle turbines. In fact, they typically have 35-44% thermal efficiency, which is similar to traditional coal plants.[†] Additionally, since they can take 10 to 15 minutes to start up, they are often ramped up and left to run as “spinning reserve,” which means they are left running to be able to respond immediately to changing demand across the grid, but are not necessarily always producing electricity.[6] This state is similar to an idling automobile.

Simple-cycle combustion turbines can be switched into and out of electricity producing mode, or run at varying loads — a process called cycling — when variable renewable generation comes on and goes offline.[7] Running these turbines continuously, even though they may not be producing electricity, produces emissions similar to having the turbine always producing electricity, which can negatively impact efficiency and emissions reductions goals.[8] 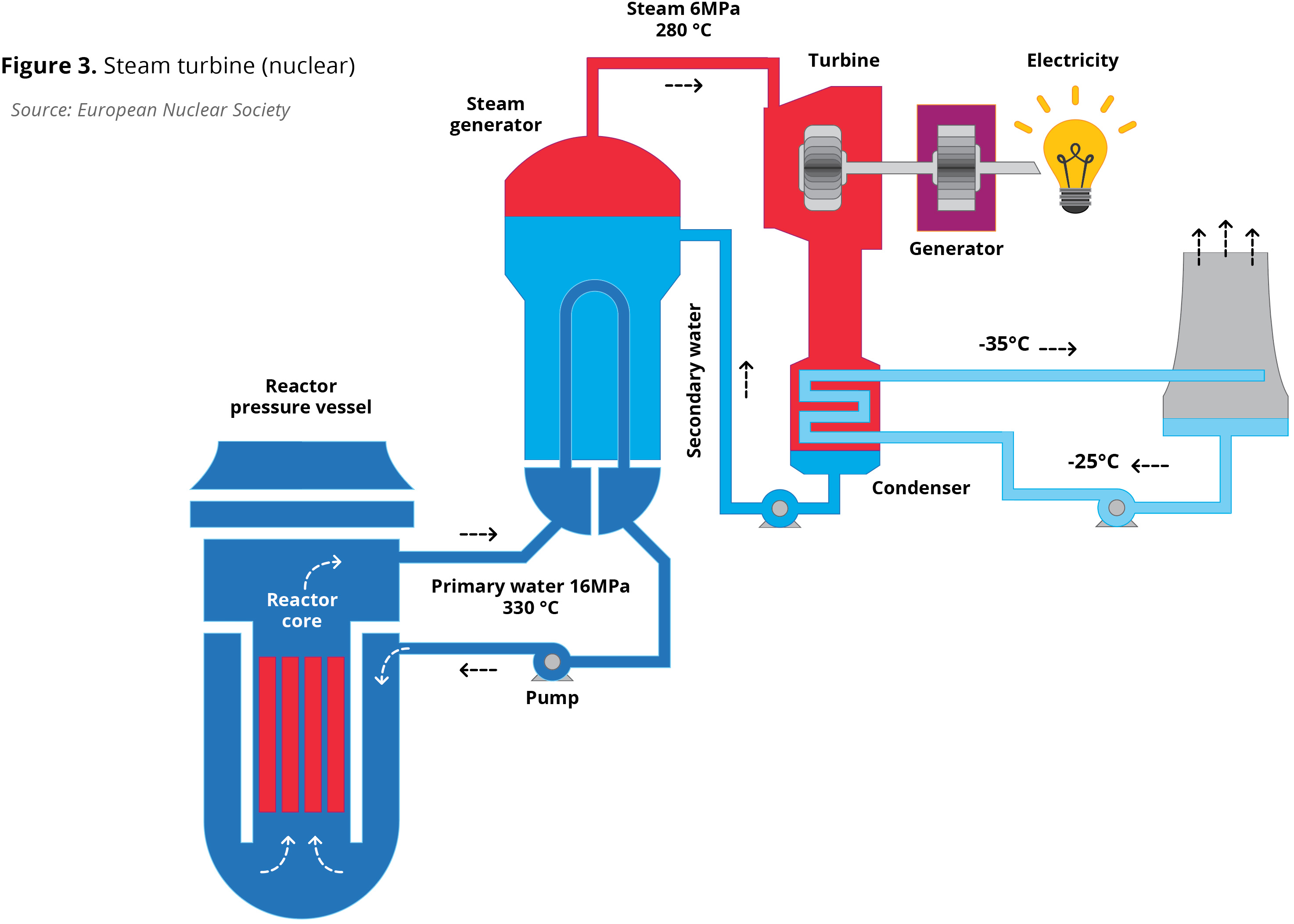 [*]The process used in this setting is typically the Brayton cycle and can be either a closed or open cycle turbine. For more information, see: Jordan Hanania et al., “Brayton Cycle” (University of Calgary, July 21, 2018), https://perma.cc/U5PE-65XK.

[†]Thermal efficiency is the ratio of work completed by an engine to the amount of heat input into the engine. For more information, see: Bethel Afework et al., “Thermal Efficiency” (University of Calgary, May 18, 2018), https://perma.cc/8TXA-EUVU.