The economic, environmental and social destruction caused by the failure of the Edenville Dam appears inextricably linked with two, and possibly three, key parties that were responsible for the dam’s management and oversight. The historical levels of precipitation over a period of two days pushed a difficult management situation past the breaking point.

Boyce Hydro, the dam’s owner, and the Michigan Department of Environment, Great Lakes, and Energy, the state agency charged with regulating the dam, both appeared focused on concerns other than the dam’s safe operation. In Boyce’s cases it was its own financial considerations, and in EGLE’s, it was wildlife and environmental preservation.

As charges of negligence on the part of both Boyce Hydro and the Michigan Department of Environment, Great Lakes, and Energy mount, the people of these Mid-Michigan communities are left to dig themselves out from under the water and debris. But the opportunity offered to the community by the actions of the Four Lakes Task Force appears to be offering a pathway forward. The FLTF is currently the most reasonable means of restoring Wixom and Sanford lakes, rebuilding and maintaining the dams in a manner that will provide financial stability and community support needed to move forward. 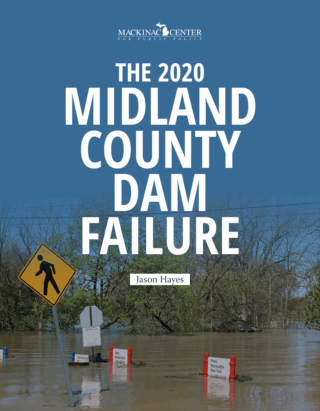