Past Reforms and Those Still Needed

Lawmakers should reform occupational licensure laws and only require licensing when it has proven successful at improving public health and safety. There are five main reforms all states should consider, some of which have been completed in Michigan.

The state of Michigan licenses electricians, home builders, roofers and many others. Should cities be allowed to add their own mandates? And should they be able to impose licensing requirements on an occupation when the state doesn’t do it? There are many occupations that the state doesn’t license, such as driving a snowplow or operating a batting cage. Should municipalities be allowed to impose extra costs on entering or staying in an occupation if state lawmakers don’t see them as necessary? If they could, this would create a patchwork of licensing requirements and increase compliance costs for anyone who offers services across the state. Consumer prices would go up, and the supply of service providers for consumers to choose from would go down. Michigan solved this issue in 2018 by forbidding local governments from passing their own licensing rules or going above and beyond what the state has in place.

Redefine restrictions based on criminal backgrounds

Nearly one million jobs in Michigan require a license, and the vast majority of those licenses have “good moral character” provisions, which effectively block anyone with a criminal record of any kind from qualifying. Still other licenses just flat out ban people with certain criminal convictions from working. For occupations where licensing makes sense — like those in the medical field — people should still go through a background check. But they should only be denied a license if their crime is directly related to the area they want to work in.

States with the most stringent licensing requirements have recidivism rates growing five times faster than those with the lowest mandates. In 2019, Michigan lawmakers mostly completed this reform by redefining “moral character” to ensure it blocks a license only for significant crimes or those directly related to the occupation in question. This gives more people the ability to work and more businesses the ability to hire them.

Ever ask someone from a military family where home is? You get a lot of interesting answers. Military families are transient — they move around and get restationed frequently — and they tend to be highly trained. In 2021, Michigan began allowing military members, veterans and their families to use their training hours and out-of-state licenses to fulfill licensing requirements here.

Review what’s on the books

There are about 150 occupational licenses on Michigan’s books. Many of them exist in other states, but some are unique to Michigan. Many of the requirements are reasonable and ensure a basic level of proficiency for the licensed workers. But some requirements here involve training and costs way above and beyond what people face in other states. The state should set up a “sunrise” and “sunset” review process for current and proposed occupational licenses. An independent board should have the power to analyze regulations already on the books, plus any proposed in the future, looking at them strictly from the standpoint of health and safety. A committee in 2012 analyzed occupational licensing and called for eliminating state requirements covering two dozen jobs; it also called for lessening the rules for many others. The Legislature adopted some of these recommendations, but a review of this kind should be a regular event.

For years, there have been complaints about a lack of workers for many jobs. There have been media reports about a teacher shortage, not enough road builders, and that we need more construction workers. Medical costs, meanwhile, are up from a lack of doctors, nurses and dentists. This is economics 101 — supply and demand. And a major restriction on the supply of medical professionals is the state’s licensing scheme, which makes it more difficult than it needs to be for many workers from other states to move here and work in licensed industries. That’s why Michigan needs to pass a universal recognition - or reciprocity - law where we recognize licenses, certifications or job training from other states. This would give businesses the opportunity to hire more workers and encourage people to move and seek opportunity in the Great Lakes State.

When it comes to occupational licenses, the default position should be to let a person who wants to offer a service do so without having to first get permission from the government by jumping through a bunch of hoops. The government should only be involved if the nature of the work directly affects the health and safety of the public and it can be demonstrated that licensing the occupation will boost health and safety. The number of occupations subject to licensing has grown significantly, often without any public benefit. This isn’t working. Michigan policymakers should build on our past reforms to do more. 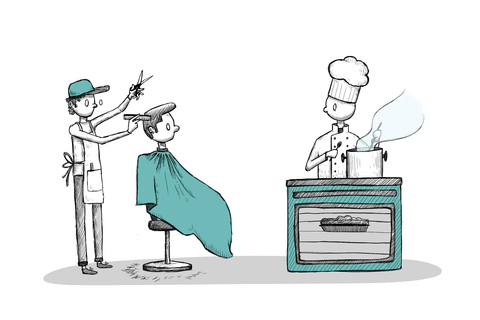 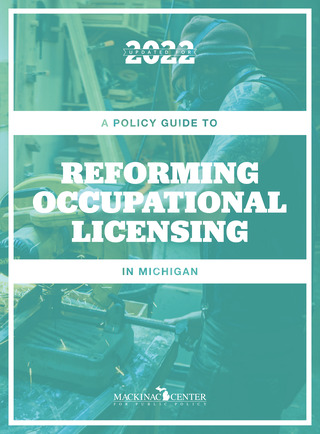